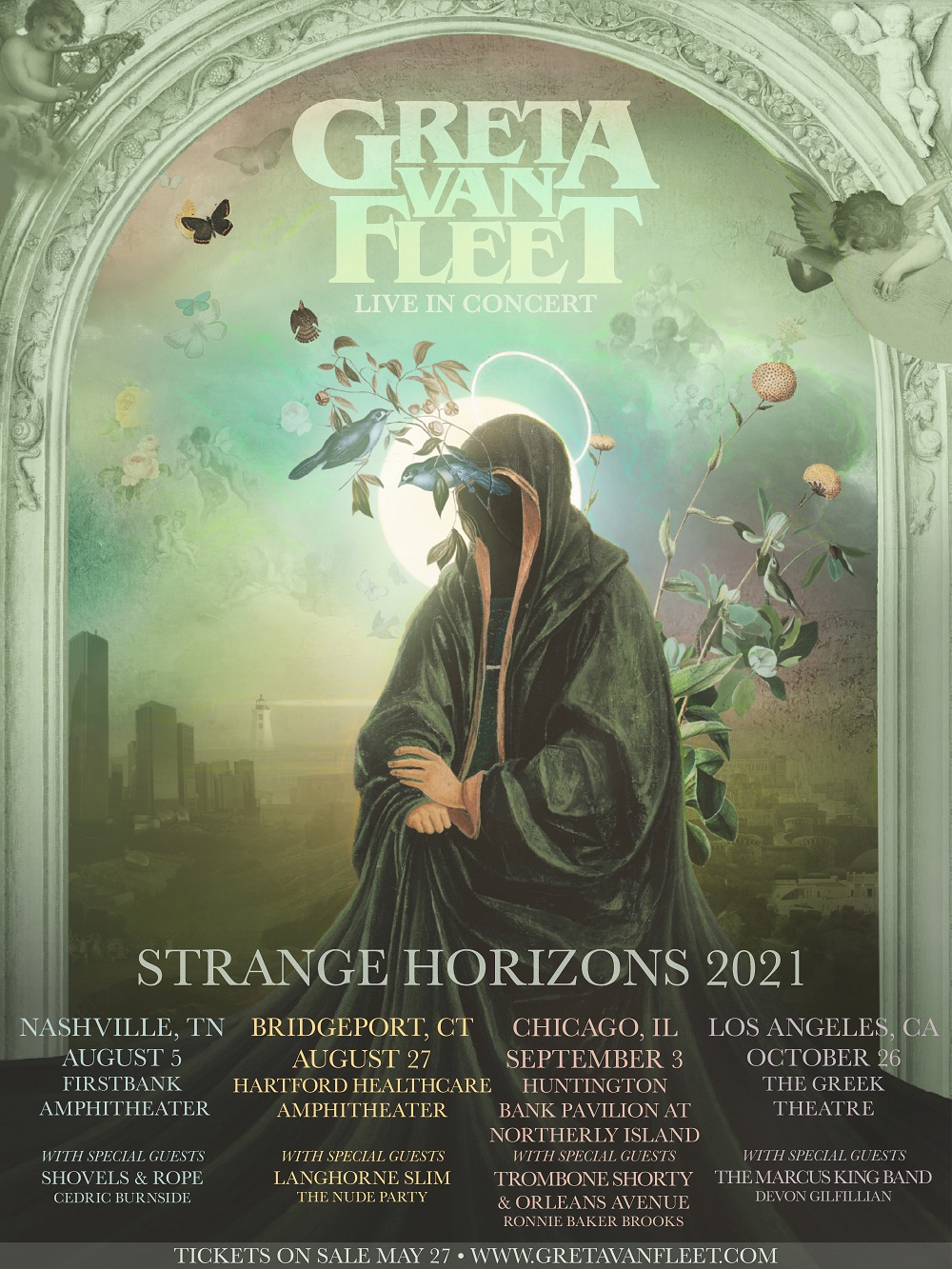 Released back on April 15, The Battle at Garden’s Gate reaffirmed that Greta Van Fleet are very much a force to be reckoned with in the contemporary rock and roll scene, the group‘s new album landing at No. 1 on the Billboard rock charts.

On Monday, the group announced the ‘Strange Horizons’ run of four “specialty events” in Nashville, Bridgeport, Chicago and Los Angeles for later this year that mark the only Greta Van Fleet headlining gigs of 2021. Intense demand for tickets inspired the band to add three additional shows to the schedule.

“It is truly a monumental time in history to be able to perform again,” the band shares, “We are honored to experience these special shows with all of those who will be in attendance. Let us, once again, come together & celebrate the privilege of life!”

Your unwavering support amazes us! Due to popular demand during presale, we have added additional Strange Horizons 2021 shows in Nashville, Bridgeport, and Los Angeles. We can't wait to see you soon!
Public on-sale begins tomorrow at 10AM local time: https://t.co/9HaoX8GjTu pic.twitter.com/zotbjRkSku

Tickets will go on sale this Thursday, May 27 at 10am local time at LiveNation.com.

From our short review of The Battle at Garden’s Gate:

It’s a loud, proud and confident rock and roll record, one of the strongest of the year for sure.

“The Battle at Garden’s Gate is about hope and overcoming the challenges that humanity faces,” says bassist/backing vocalist Sam Kiszka. “We live in a world powered by superficial institutions and this album is a reminder that it’s up to us to sing out of the silence.”

Quotes like that hint at the grandiosity that is at work with Greta Van Fleet, a stylization that further adds to the group’s “throwback” appeal that is on full display throughout the new album.

Listen below, and it’s OK if you feel something. That’s what music is all about, right?