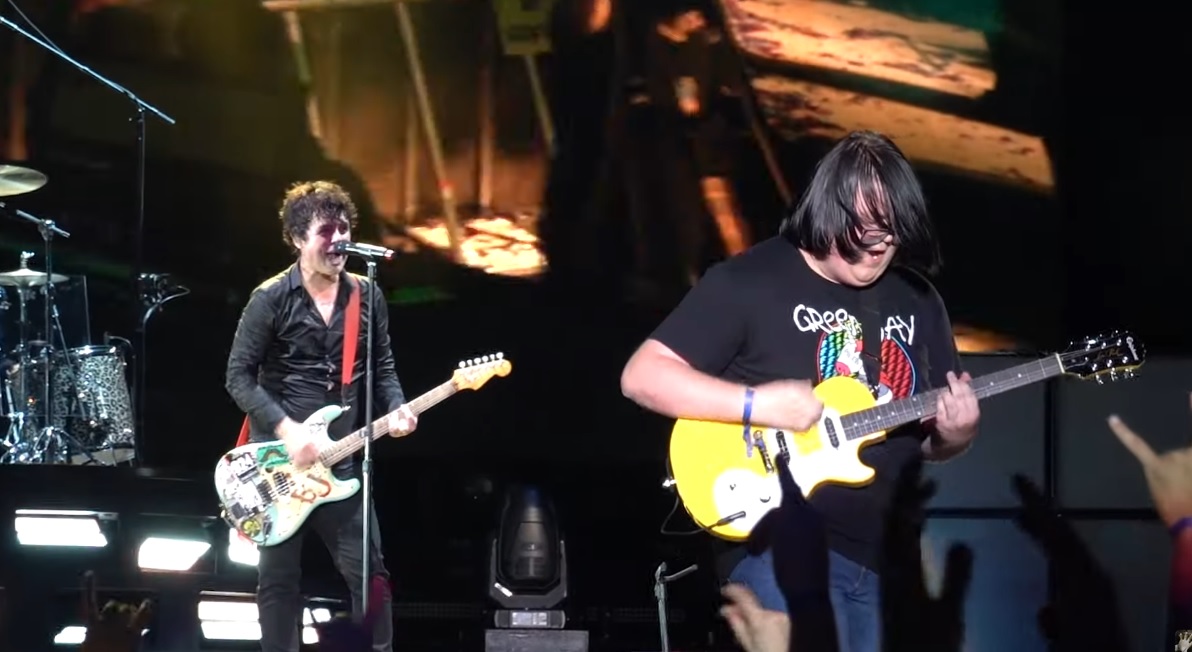 For years, Green Day has proven to be one of the most entertaining live acts around. Whether playing a packed intimate venue full of diehard fans or a huge outdoor stadium, Billie Joe Armstrong and the Bay Area punk/rockers put together as enjoyable a live experience as any band. Armstrong commanding the stage with authority.

One of the most memorable parts of these gigs is when Armstrong, bassist Mike Dirnt and drummer Tre Cool go into a cover of Operation Ivy’s “Knowledge.” Typically, Armstrong invites a fan from the crowd to join the band on stage, where he or she is given a guitar and expected to play along with the song. Sometimes, it’s great — the fan clearly knows how to play guitar and handles the job well. Other times, it’s obvious the fan doesn’t, and was just excited to get up on stage alongside the band for a few precious minutes.

This week, Green Day, Fall Out Boy and Weezer started the Hella Mega Tour, the anticipated triple-bill tour that was first postponed due to the COVID-19 pandemic back in 2020. A few shows have gone down thus far, and in Tuesday night’s gig in Atlanta, a fan named Clay was picked to jump on stage and play “Knowledge.”

Kudos to Clay for knowing his stuff, because this was likely one of the more impressive instances of this fan participation aspect of a Green Day show that’s ever happened. Not only did he seamlessly play “Knowledge,” but Armstrong was so impressed with his skills he asked him to stay on stage and play “Basket Case,” one of the band’s biggest 1990s-era hits.

Obviously, Clay knew how to play the tune:

This doesn’t usually happen like this during this part of Green Day gigs, so this was a real treat.

Expect more of this in the coming weeks as the Hella Mega tour rolls along — but maybe don’t expect the fan guitarists to be THIS good. Clay’s on his own level.

The remaining dates on the U.S. leg of the tour: