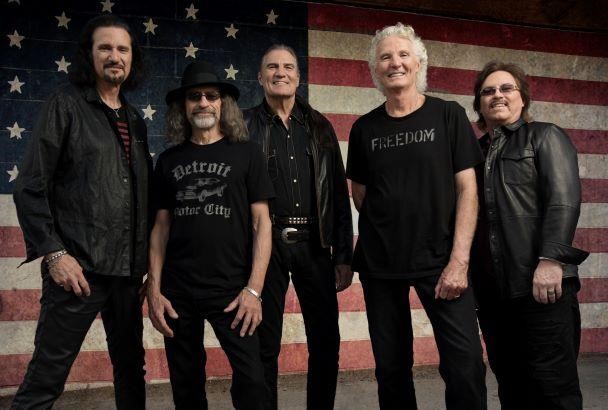 Back in 2020 before the pandemic, Grand Funk Railroad had plans to set out on a big “Some Kind of Wonderful” tour across the country — but then those were scrapped, of course.

Said Brewer of the anticipation he feels ahead of the tour:

“When we take the stage for the first time in over 15 months and hear the crowd and applause, I’m sure I will be thinking “Thank God!”

More on the return of Grand Funk Railroad and live music in general, in the form of a Don Brewer Q&A included in a news release:

What a great message you posted to fans on the band’s website: “After a long 15 months off due to Covid, the guys are excited to be back on stage playing across the USA. Kicking off in Fayetteville, GA July 2, with another 29 shows to follow this year.” Can you talk about your excitement of returning to the road? And when was the last time you had such a long break from the road?

BREWER: “I can’t wait to get back on stage and perform for people. This has been torture for me and the rest of the guys. We have been touring nonstop with this band since 2000 and the band and crew are family. Not seeing everyone on a regular basis has been very difficult. We have not had a break like this since 1982.”

When the reality of the pandemic initially set in and you knew you and the band couldn’t tour, what was going through your mind?

BREWER: “When it finally sunk in that the pandemic was going to be long term, my thought was: Is this it? Is this the end? Very depressing. So I stayed in touch with the guys by text and email and started rehearsing daily just to stay optimistic.”

During your time away from the road, did it give you the opportunity to spend some time doing things you perhaps hadn’t done in awhile?

BREWER: “While stuck at home during the pandemic I found things to do around the house that had been neglected for years. After nine months I ran out of projects.”