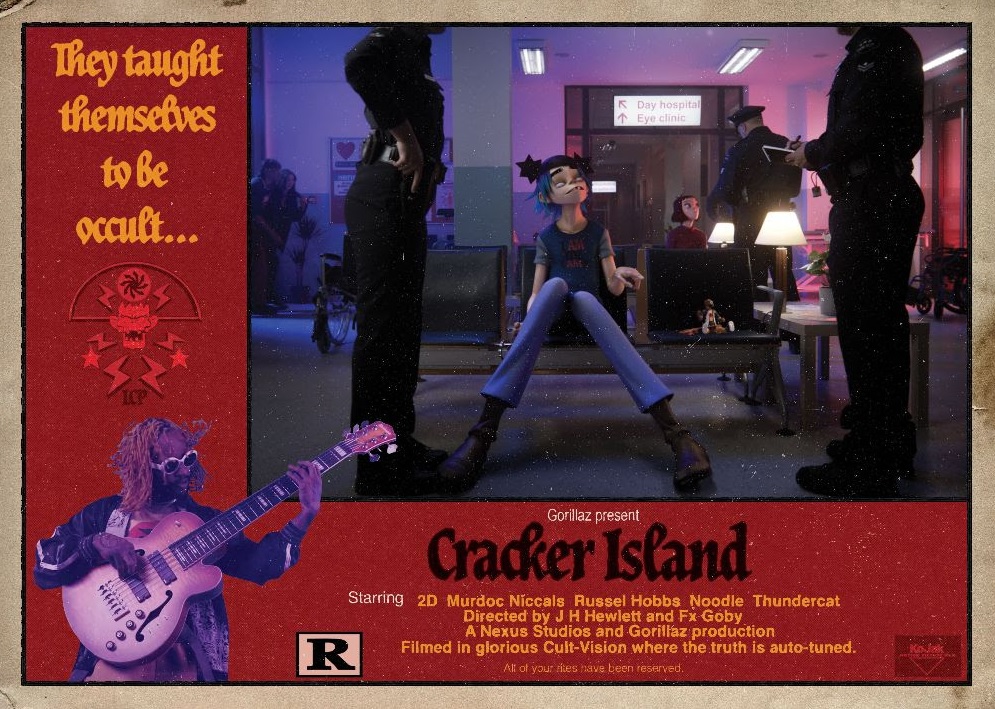 Britpop/English music icon Damon Albarn announced a few months back that his Gorillaz project will jump into action once again this fall for a North American tour that promises to be an unforgettable spectacle.

Accompanying the big news was a new song, “Cracker Island,” a funky little number from Gorillaz (Murdoc, Noodle, Russel and 2D) featuring bassist Thundercat. The track was produced by Greg Kurstin, Gorillaz, and Remi Kabaka Jr., and now has a stylish and sleek music video blending real-life actors and animation, as well as some especially vibrant colors:

More on the mysterious new Gorillaz activity, per a news release:

The world’s biggest virtual band have relocated to Silverlake, California where it turns out that the answer to life’s question – the one truth to fix the world – is to invite fans to join ‘The Last Cult’, with Murdoc as its self-appointed Great Leader.

“Think of it as the final scene in the movie, the bit after the grand finale when the hero (me) is about to stride into the sunset, credits rolling. That’s right, we’re starting at the end. Why? COS I WORK IN MYSTERIOUS WAYS.”

Featuring a 14-piece Gorillaz live band and a “varying cast of guest performers,” the 21-date arena tour is not to be missed by anyone whose interest was sparked by the project over the years, which amassed global popularity and expanded Albarn’s already impressive musical resume with contemporary classics including “Feel Good Inc.” (which Albarn performed as a surprise guest for Billie Eilish at Coachella in April).

Gorillaz will set out on that North American arena tour starts in September: