Home / Goose Will Win Over Even the Most “Jam Band”-Resistant with New Album ‘Dripfield’ … (I Would Know). 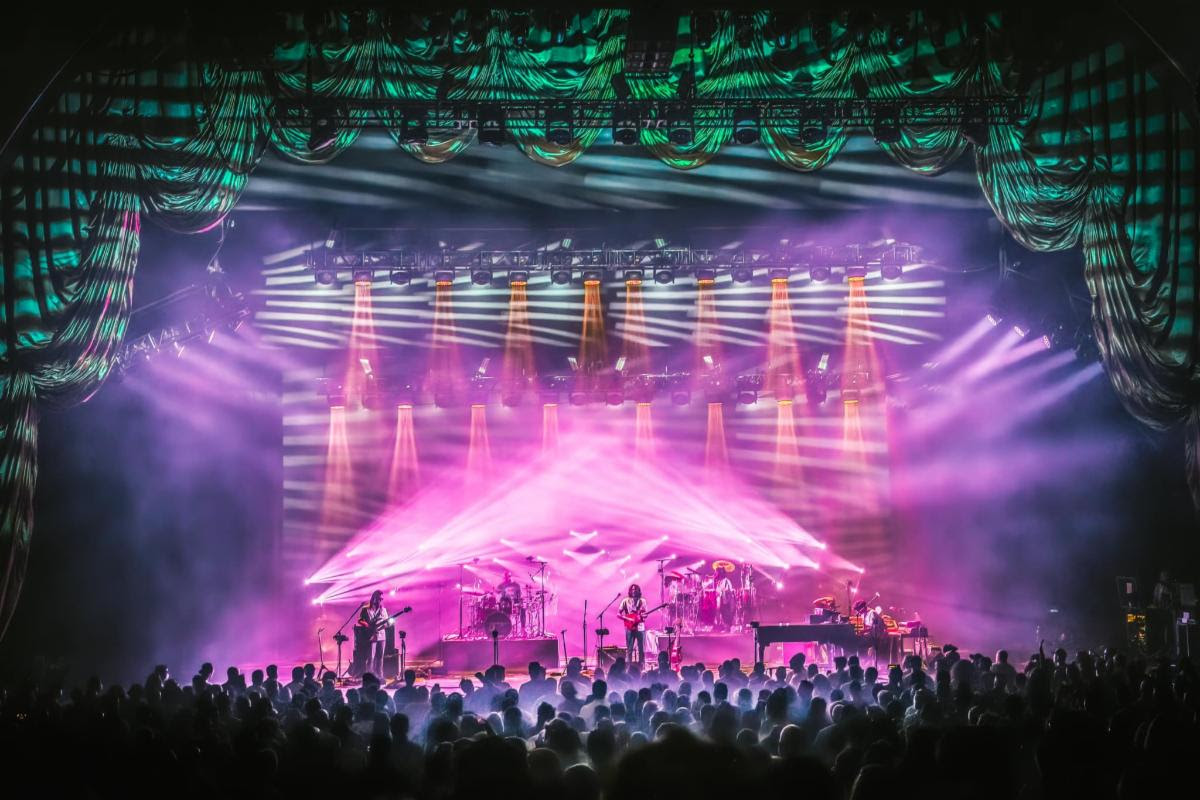 If the use of the phrase “jam band” above drove you to click away from this website, WAIT — stick around, because Goose has a certain sensibility to its songwriting that should win over even the most staunch resistors of that genre of music.

Sure, the band plays marathon, three-hour-plus live gigs and counts Phish’s Trey Anastasio as a friend and collaborator (as he guested with Goose at Radio City Music Hall in June), but there’s something about the songs themselves that cross over, almost, into other realms.

Take “Hungersite,” a standout track from Dripfield, for example. On the record, it spans more than seven minutes, but also works quite nicely with a more condensed 4:46 runtime in its music video.

Recent years have found Goose exploding in popularity on the “jam-band” scene, uploading its live shows to the masses and amassing the type of fervent audience that calls to mind the enthusiasm “Deadheads” have shown the Grateful Dead for decades.

BONNAROOOOOO!!!! ✨🌈🦄🤘🌭🔥🤠👽🍓🌽 Thank you all so much — that was a dream come true for all of us, your energy was absolutely brilliant! pic.twitter.com/cWDMAclaPU

In an Uproxx feature from noted music journalist Steven Hyden titled Goose is the Next Great American Jam Band, the band members address the “jam band” label and the baggage that can sometimes come with it:

Mitarotonda admits to sometimes feeling like the grass is greener on the indie side. On Goose’s website, they describe themselves as an “indie-groove band,” though when I asked Rick about this he pointed out that it’s merely a silly pun for “in de groove.” But he hasn’t exactly rushed to embrace the “jam band” moniker, either.

“I mean, it is a demeaning title,” he said, “because frankly there are a lot of cheesy and not great jam bands that have existed over time. Obviously, we’ve strayed away from that for obvious reasons, or tried to at least. But, I mean, we are a jam band. We jam, and we improvise a lot.”

Much of what is written about Goose on the internet notes how the band’s recorded albums are just as enjoyable and vibrant as the live experience — and that’s not always the case with “jam bands,” who thrive on the stage but lose a bit of that magic in the studio. But throughout Dripfield, Goose exhibits an uncanny ability to bottle that electrifying live show into shorter (but still routinely six- and seven-plus minute song lengths) creative statements.

It all works very well, and listening to the album it’s no wonder why the band is taking the scene by storm on its rise to the top of the ranks.

Speaking of that live show, Goose has some upcoming North American dates, including a sold-out Red Rocks gig in August and scattered festival appearances. Catch a show!

And listen to Dripfield below, as well.