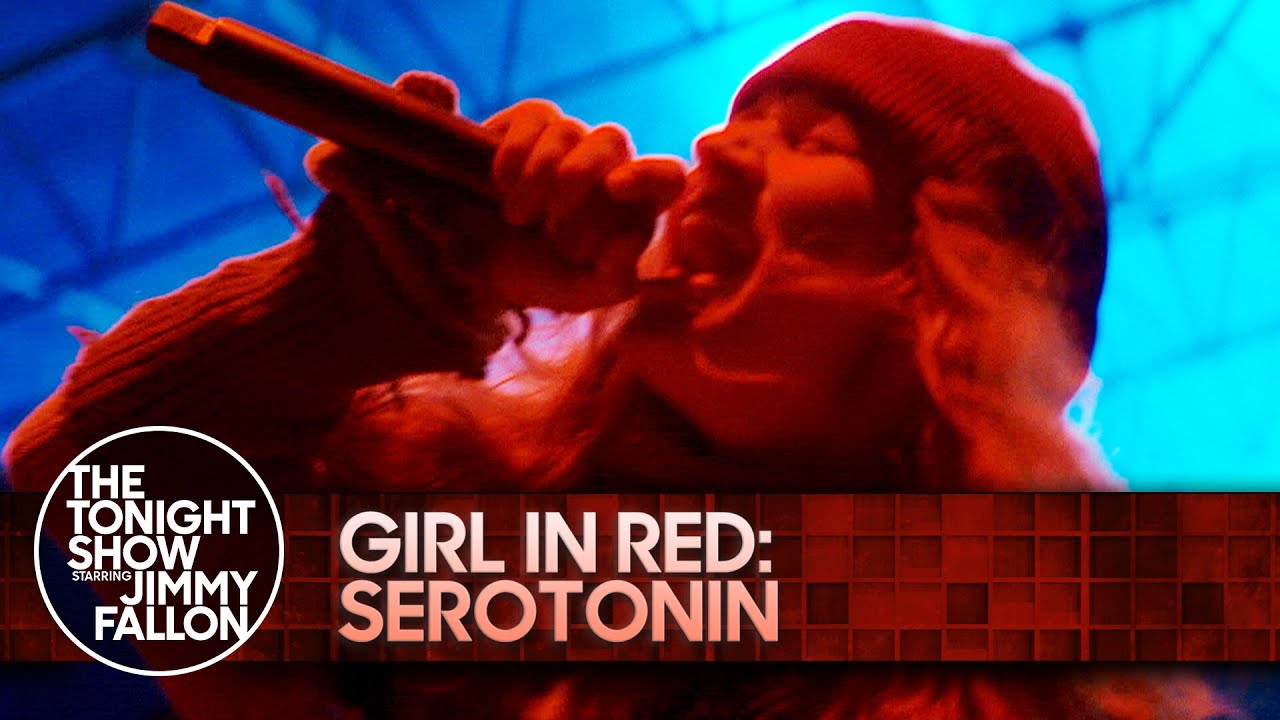 Its release comes with anticipation in the scene, after a few years of EPs and song releases turned the world on to Ulven’s budding talent. The record is a revelation, and will surely set up girl in red for a significant boost in attention in the coming months and beyond.

The album’s lead single, “Serotonin” (co-produced by FINNEAS) blends Ulven’s personal lyrics about mental health with a jangly guitar rhythm and a soaring chorus to great effect. On Monday night, girl in red made her television debut on The Tonight Show Starring Jimmy Fallon, starting alone outside before sprinting into a warehouse-type setting to be joined with a band for the song’s finale:

If you haven’t yet heard it, the new album is well worth a listen. Its context, per a news release:

Ulven initially began working on the material for this album at home, the COVID-19 pandemic having forced a rearrangement of plans for much of 2020. Via a news release:

She wrote and demoed 11 songs at home, and soon she was borrowing her father’s car to make the eight-hour trek from the Norwegian capital city to Bergen, a city nestled between majestic fjords in an inlet off the North Sea, to record if i could make it go quiet, her debut album out April 30th, 2021. Consider if i could make it go quiet the musical distillation of Ulven’s solitary conversations on the road: it’s an album brimming with the things we wish we could say to others, but tell ourselves instead.

“Every time I left the studio from Bergen, I would listen to hours and hours of my own tracks, and just be like, what can I do better? What can I refine?” she says, recalling her cross-country drives through the Norwegian wilderness to the studio. “Driving is a cathartic thing; it gives this amazing feeling of freedom. I love to talk to myself, so most of the time, if I didn’t listen to my songs, I would just reflect in the car. I read that talking out loud to yourself is healthy, so I’m going to keep doing that. But the drives, they take you out of all the other distractions because you just gotta pay attention to the road. It allows you some headspace.”