George Harrison: Hear Unreleased “Isn’t It A Pity (Take 27),” from ‘All Things Must Pass’ 50th Anniversary Set Out 8/6 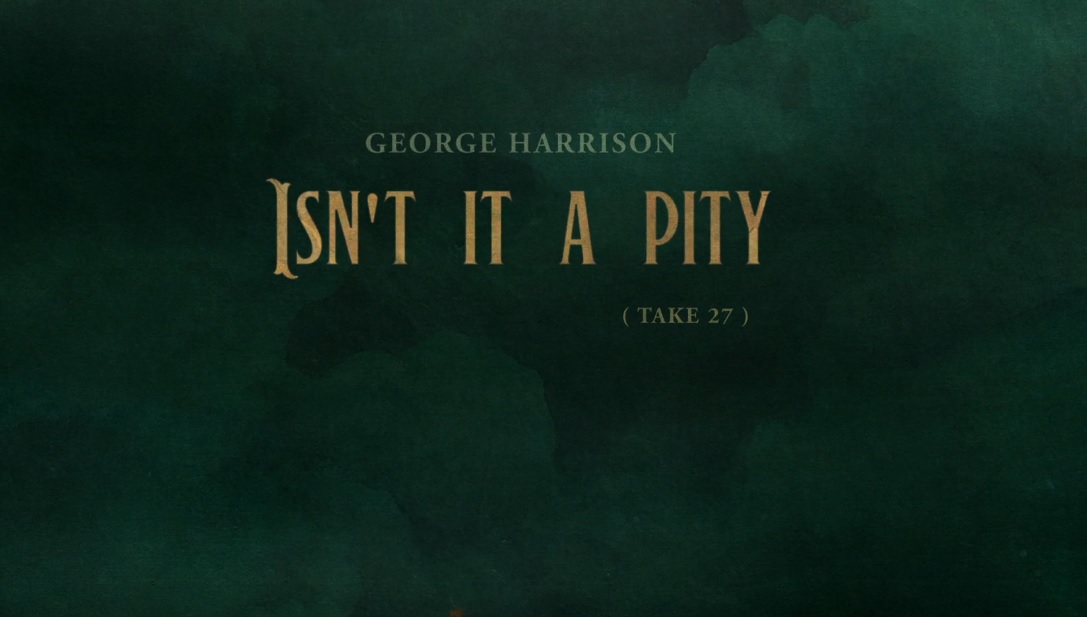 “Isn’t It A Pity (Take 27)” is a previously unreleased recording from the George Harrison vaults that is being made available today, July 30, ahead of the lavish 50th anniversary edition of All Things Must Pass, which will be released on Aug. 6. Harrison’s album sessions for the project began in earnest just six weeks after the April 1970 breakup of The Beatles, leading to a wealth of recordings from George Harrison and a myriad of additional musicians.

This alternate take is an early edit of the composition that would grow to become one of Harrison’s most beloved solo songs, in addition to one of the standout moments on All Things Must Pass — a song that appears twice on the album, no less. “Take 27” is one of three versions of the song that turn up on the reissue, the other two being the original studio demo and another outtake.

More on the productive recording sessions for what would become All Things Must Pass — and its bounty of material left on the cutting-room floor that would go into the George Harrison archives for years:

The first day, May 26, saw George Harrison record fifteen songs backed by Ringo Starr and his longtime friend, bassist Klaus Voormann, beginning with “All Things Must Pass.” The following day, May 27, George ran through an additional fifteen songs solo for co-producer Phil Spector on his own.

While a remarkable amount of the songs demoed made the triple LP, not everything made the cut and now for the first time ever, in celebration of the 50th anniversary of All Things Must Pass, all 30 demos are being made available, including 26 tracks never before officially released as well as several songs that didn’t make the album like “Cosmic Empire,” “Going Down To Golders Green,” “Dehra Dun,” “Sour Milk Sea,” “Om Hare Om,” Window Window,” “Beautiful Girl,” “Mother Divine,” and “Nowhere To Go.”

As for of the musicians who accompanied Harrison in embarking on this album project: