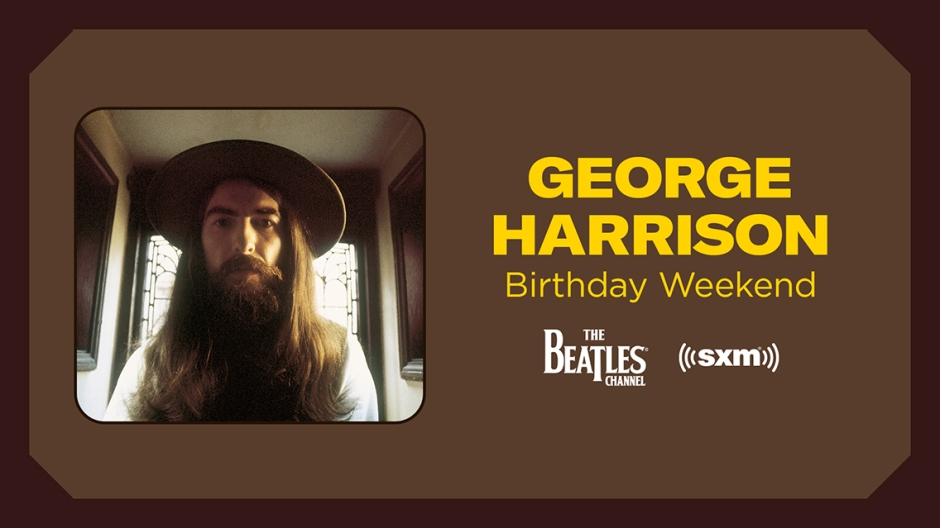 Today, February 25, would have been George Harrison‘s 79th birthday — and while it’s been more than two decades since the Beatles legend passed away in 2001, his spirit and music lives on to this day.

Such was the impact he had on the music community and the world as a whole, really.

So many sweet memories of George. – Paul

To further pay homage to Harrison’s incredible life, career and legacy, the Beatles’ SiriusXM channel has put together a wealth of special programming planned for this weekend. It includes Heart’s Ann Wilson hosting guest DJ session (all programming details available here at the SiriusXM site):

Join Wilson as she plays some of her favorite George Harrison songs in honor of his 79th birthday on February 25 at 7pm, February 26 at 1pm, February 27 at 6am and March 2 at 12am.

In celebration of @GeorgeHarrison's birthday on Feb 25 The Beatles Channel @SIRIUSXM is shining a light on the legendary guitarist & singer-songwriter – specials with Ann Wilson, rarities, celebrities introducing their favourite George songs & morehttps://t.co/AfjwjaTjpd pic.twitter.com/lEVL3lwt1G

Get your Beatlemania on during an extra-special Fab Fourum celebration. Dennis Elsas, Bill Flanagan, and Tom Frangione are honoring George’s birthday by taking calls and letting fans revel in their favorite George moments throughout his illustrious career with special celebrity guests guitarist Joe Satriani, drummer Steve Ferrone and more on February 23 at 9pm, February 26 at 7am and February 27 at 6pm.

All Those Years Ago: George Harrison In His Own Words

During this exclusive tribute, George will be talking about his music with The Beatles, his solo career and much more. Hear George say it all on February 25 at 11am.

Peter Asher: From Me To You

Legendary recording artist, record producer and impresario Peter Asher shares his deep passion for The Beatles and the music they loved and inspired. As one of the key executives at Apple Records in the ’60s and half of the duo Peter & Gordon, Peter has a unique perspective on the music and the stories behind it. This week, Peter plays songs George wrote, sang, played on and produced for the Beatles, Apple Records, solo and more. Hear the special episode on February 24 at 9pm, February 26 at 5pm, and March 1 at 1pm.

That’s just some of the specials coming for George Harrison Birthday Weekend — so if you’re a subscriber, be sure to tune in at some point to celebrate all things George.