‘All Things Must Pass’ at 50: Stream a 2020 Mix of George Harrison’s Title Track 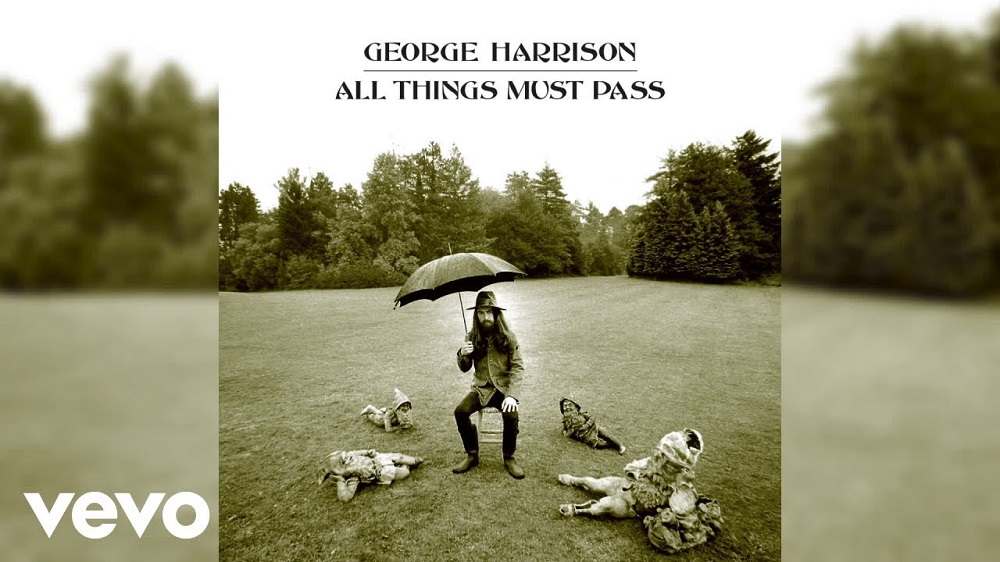 Today, Nov. 27, 2020, marks the 50th anniversary of All Things Must Pass, the seminal solo album from famed Beatles legend  George Harrison. His third solo album, the triple-LP was his first solo effort after the dissolution of the Beatles, and is a masterwork.

In commemoration of the album’s 50th anniversary, the George Harrison estate has shared a new stereo mix of the title track.

The George Harrison masterpiece, All Things Must Pass, celebrates its 50th anniversary today. To mark this special occasion, you can listen to the brand new 2020 stereo mix of the album’s title track now – https://t.co/k2hiHv5hOd

This is just a prelude of what’s to come in 2021. pic.twitter.com/XI7tm3KqgC

Per a news release, the 2020 mix was overseen by multi- GRAMMY® Award winner, Paul Hicks, known for his work with the Harrison Estate, The Beatles and this year’s chart-topping albums by The Rolling Stones (Goat’s Head Soup) and John Lennon (Gimme Some Truth).

The new stereo mix is a preview of more things to come in 2021 from the Harrison estate, according to a news release. Explained George’s son, Dhani Harrison:

“The new stereo mix of the album’s title track is just a taste of more things to come in 2021 as we celebrate the 50th anniversary of my father’s legendary All Things Must Pass album. We’ve been digging through mountains of tapes, and they just kept coming – boxes and boxes of them. Making this album sound clearer was always one of my dad’s greatest wishes and it was something we were working on together right up until he passed. But with the help of new technology and the work of Paul Hicks on this project, we are now able to make that happen. We can’t wait for you all to hear everything we’ve been working on and your patience will be rewarded next year.”