Home / Happy Birthday, George Harrison: A Toast to the Beatles Legend on His 78th Birthday

Happy Birthday, George Harrison: A Toast to the Beatles Legend on His 78th Birthday 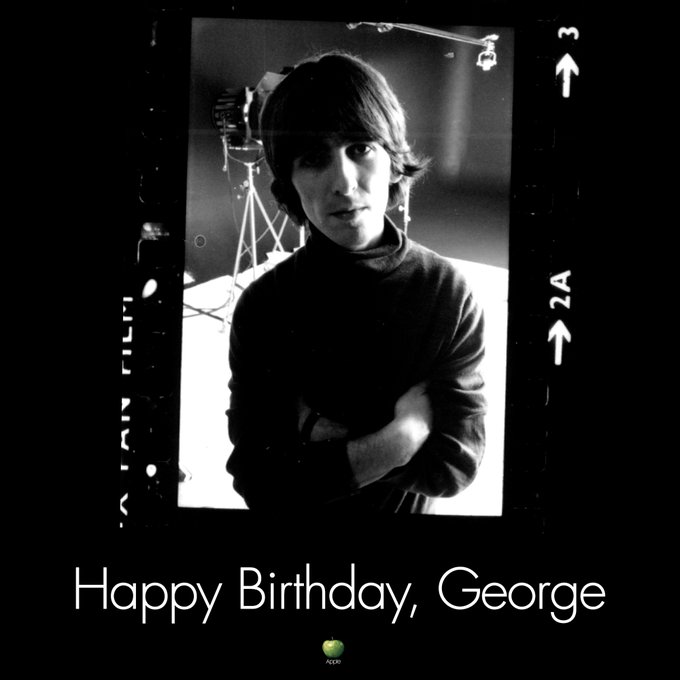 Note: Portions of this article originally ran previously to commemorate prior birthdays of the late, great George Harrison.

Today, February 25, would have been George Harrison‘s 78th birthday — and while it’s nearly been two decades since the Beatles legend passed away in 2001, his spirit and music lives on to this day. Such was the impact he had on the music community and the world as a whole, really.

Olivia Harrison penned a heartfelt remembrance of her late husband:

Dhani Harrison is hosting a special birthday show to mark his father’s birthday:

Don’t miss a special birthday show from Dhani honoring his father, @GeorgeHarrison. Spotlighting some of their favorite songs they used to listen to together, along with personal favorites from his dad’s catalog, tune in on February 25 at 11am, to listen. https://t.co/zi69GVseIl pic.twitter.com/PtUYV6BRHX

Paul McCartney shared a vintage photo of himself with George:

Have a great day on what would have been my mate George’s birthday 🎂 – Paul#PaulMcCartney #GeorgeHarrison pic.twitter.com/xFBommfZaN

The John Lennon estate shared a few photos from back in the day in tribute, as well:

In the studio, Harrison was as focused as anybody. In Rock Cellar’s 2019 chat with producer Giles Martin regarding the recent White Album anniversary reissues, Martin had this to say of George:

“Because of the nature of the way they were recording on The White Album with not many overdubs, it’s kind of like the Let It Be album in a way. For example, a song like “Happiness Is A Warm Gun” is an incredibly complicated thing to play and actually they’d find it quite funny. They’d get through the end of a take and John would go, ‘It’s getting better but it’s not getting more fun.’ But George would go, ‘It’s getting better and it’s getting more fun.’

“John would say, ‘Is it? Maybe for you but it’s hard. It’s very hard to sing this.’ But they wanted to capture that, and they weren’t playing live concerts anymore so this was the moment they did it.”

That’s the type of creator and visionary Harrison was, and he remains sorely missed to this day. Happy birthday, George Harrison — may you continue to rest in peace.