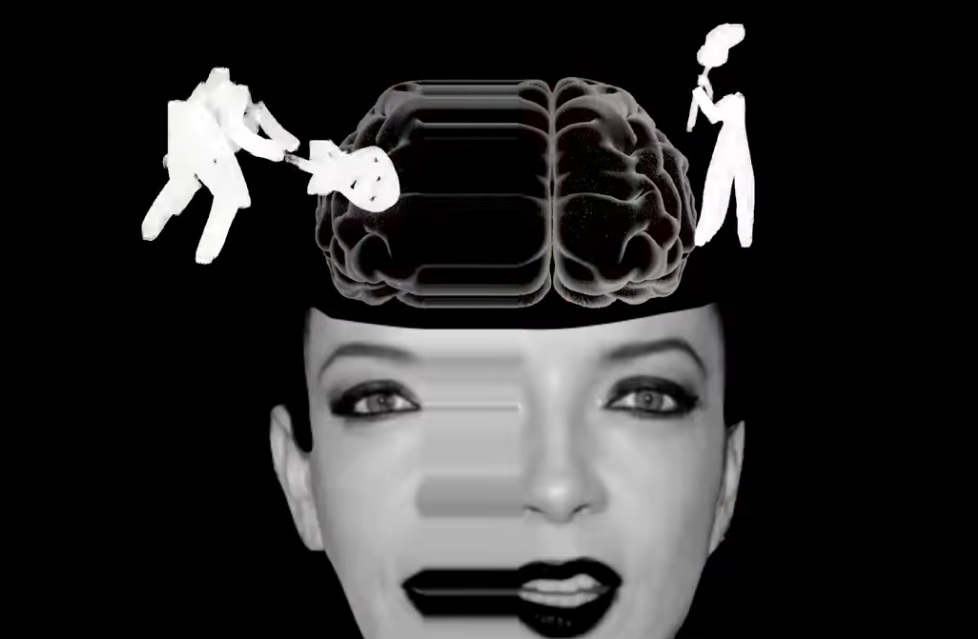 On June 11, Garbage returned with No Gods No Masters, a powerhouse new album that finds Shirley Manson and the band as fired-up, potent and resilient as ever.

The subject matter explored on the record is especially timely, from social issues and the racial tension that gripped much of the world in recent years to ruminations on mental health. Musically, the band’s classic industrial-tinged alt/rock sound is back at the forefront, especially on tracks such as “The Creeps.”

We introduce to you our new video for The Creeps! Thank you once again Javi Mi Amor for all your incredible work and talent. Watch it here: https://t.co/pv4Xrbocda pic.twitter.com/QTqbASueRE

On Friday, Garbage debuted a music video for the song. Directed by Chilean film director, animator and painter Javi.MiAmor, its visual aesthetic matches the subject matter perfectly, making for a stark viewing experience paired with Manson’s lines about how “I gotta bend, or we will fall/My reality’s a metaphor”:

“This is our seventh record, the significant numerology of which affected the DNA of its content: the seven virtues, the seven sorrows, and the seven deadly sins. It was our way of trying to make sense of how fucking nuts the world is and the astounding chaos we find ourselves in. It’s the record we felt that we had to make at this time.”

At this stage of their career, the poignancy of their music is a testament to the cohesive creative vision Manson, Vig and band mates Duke Erikson and Steve Marker have channeled for decades now — sounding as fresh, focused and fiercely original as ever before.

Give it a listen below — and be sure to catch Garbage on the road with Alanis Morissette and Liz Phair later this year!