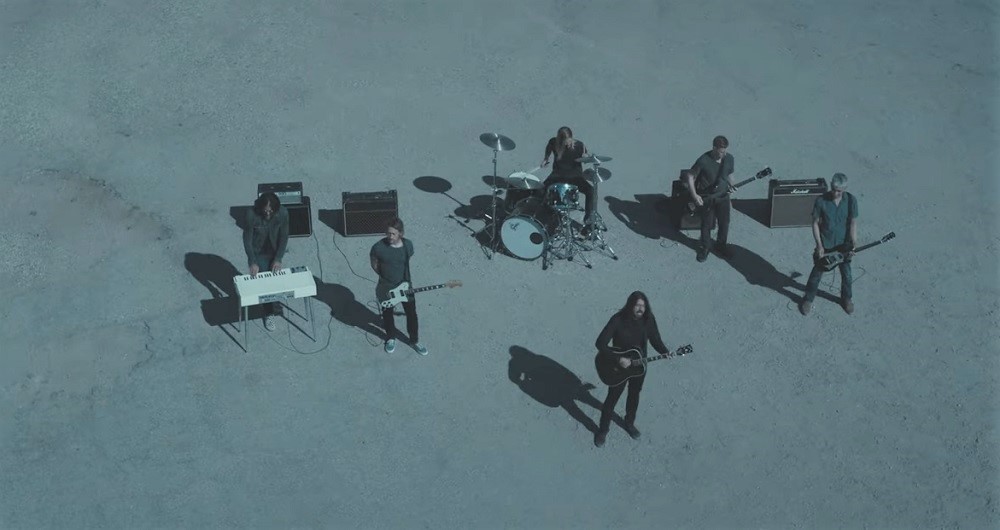 Last week, the Foo Fighters premiered another song from their upcoming studio album, Medicine at Midnight, which will be released on Feb. 5. The premiere of the song was attached to front man Dave Grohl‘s 52nd birthday, and its themes pulled from Grohl’s childhood as a boy in Washington, D.C.

The song took on an added weight given the state of things in the United States at the moment, both politically and socially. A powerful song with a slow build that creeps until a raucous finale, the song now has a music video that was premiered on Tuesday.

'Waiting On A War' Official Video out now.
Watch: https://t.co/2lXUnMr3UF

With dramatic overhead shots of the band performing the track in a wide open space and a narrative featuring a number of young actors and actresses, the video’s scope matches the song’s themes:

“Waiting on a War” was originally accompanied by a statement from Grohl about its meaning:

'Waiting On A War' out now. 🖤
Listen here: https://t.co/9uyPXIqYBd#MedicineAtMidnight pic.twitter.com/cVBn4H5oMW

The track is the third premiered thus far ahead of Medicine at Midnight, following “Shame Shame” and “No Son of Mine.” The Foo Fighters gave “Waiting on a War” its live debut on Jimmy Kimmel Live last week, as well:

After premiering “Waiting on a War,” the Foo Fighters also dropped the news that it will be participating in the Inauguration Day celebration for President-Elect Joe Biden and Vice President-Elect Kamala Harris this Wednesday, Jan. 20:

Announced today, Foo Fighters will be joining the inauguration celebration for @JoeBiden and @KamalaHarris. Tune in January 20th at 8:30pm ET. For more details on the event visit: https://t.co/U3JizoSGDC #Inauguration2021 pic.twitter.com/CsAMDx2jSB

As for the new album: