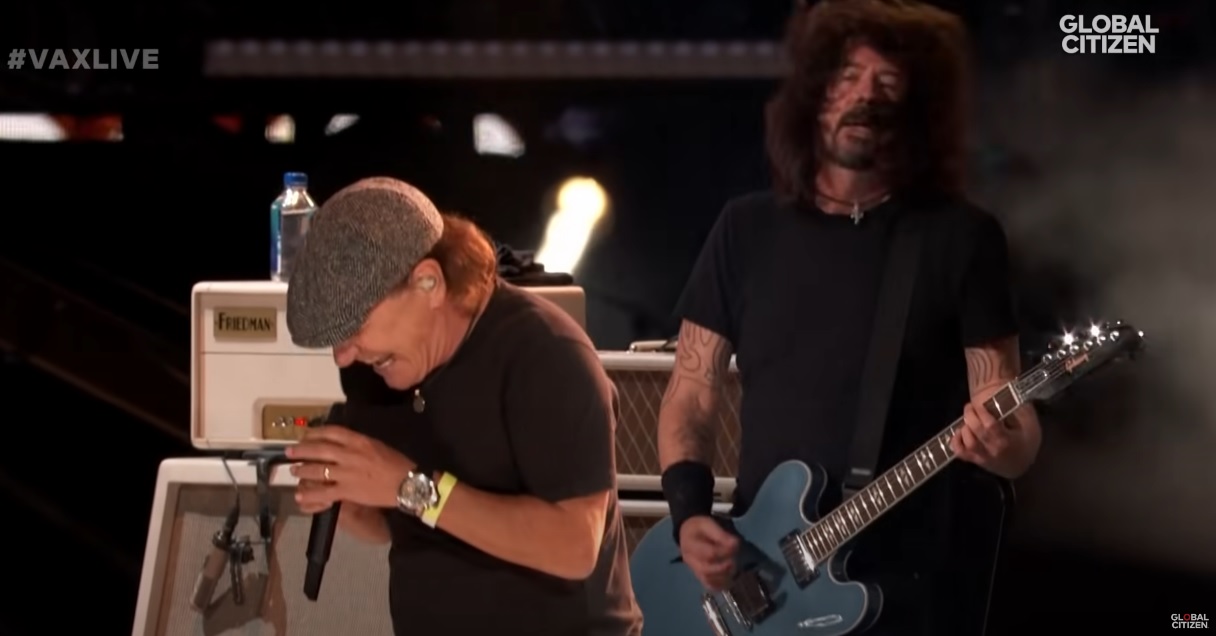 This past Saturday, May 8, saw the global broadcast and stream of  VAX LIVE: A Concert to Reunite the World, a special event from international advocacy organization Global Citizen that was filmed at SoFi Stadium one weekend earlier. Among the participating acts that appeared in the hour-long edited broadcast was the Foo Fighters, and Dave Grohl and the gang had a pal join them for their performance: AC/DC vocalist Brian Johnson.

With Grohl noting that this performance was the first from the Foo Fighters in front of an actual, live audience in “what, a year and a half?,” he and his band mates made it a rock and roll party with Johnson, who appeared on stage to lead the charge through a little “Back in Black”:

As well as a cover of Little Steven’s “I Am a Patriot”:

An extended stream of the VAX Live event was put up on YouTube — here’s that in its entirety, if you missed Saturday’s broadcast event:

As for Grohl, this was the latest in a busy stretch for the Foo Fighters front man — coming after the recent premiere of his documentary What Drives Us last week, his official memoir coming out in October, his collaboration with Mick Jagger on a new song, and a collaboration with his mother, Virginia, on a new docu-series, which you can preview below: