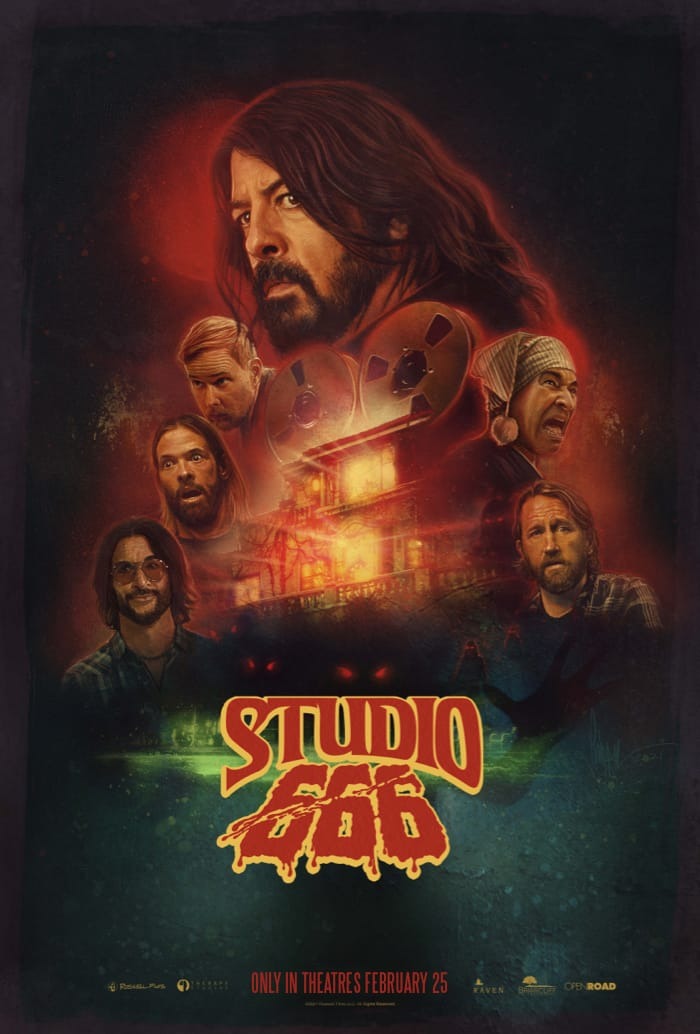 Medicine at Midnight, the most recent album from the Foo Fighters released in early February 2021, featured a recording process that front man Dave Grohl hinted was a bit eerie — and on Feb. 25, a new horror comedy film titled Studio 666 will be released, featuring the band in a starring role.

Per a news release, the film will find the recent Rock and Roll Hall of Fame band moving into “an Encino mansion steeped in grisly rock and roll history to record their much anticipated 10th album. Once in the house, Dave Grohl finds himself grappling with supernatural forces that threaten both the completion of the album and the lives of the band.”

Grohl expands more in a statement:

Studio 666 — its title a riff on Studio 606, the Foo Fighters’ music space and recording studio in Southern California’s San Fernando Valley, will hit theaters on Feb. 25. For more, visit its official website.