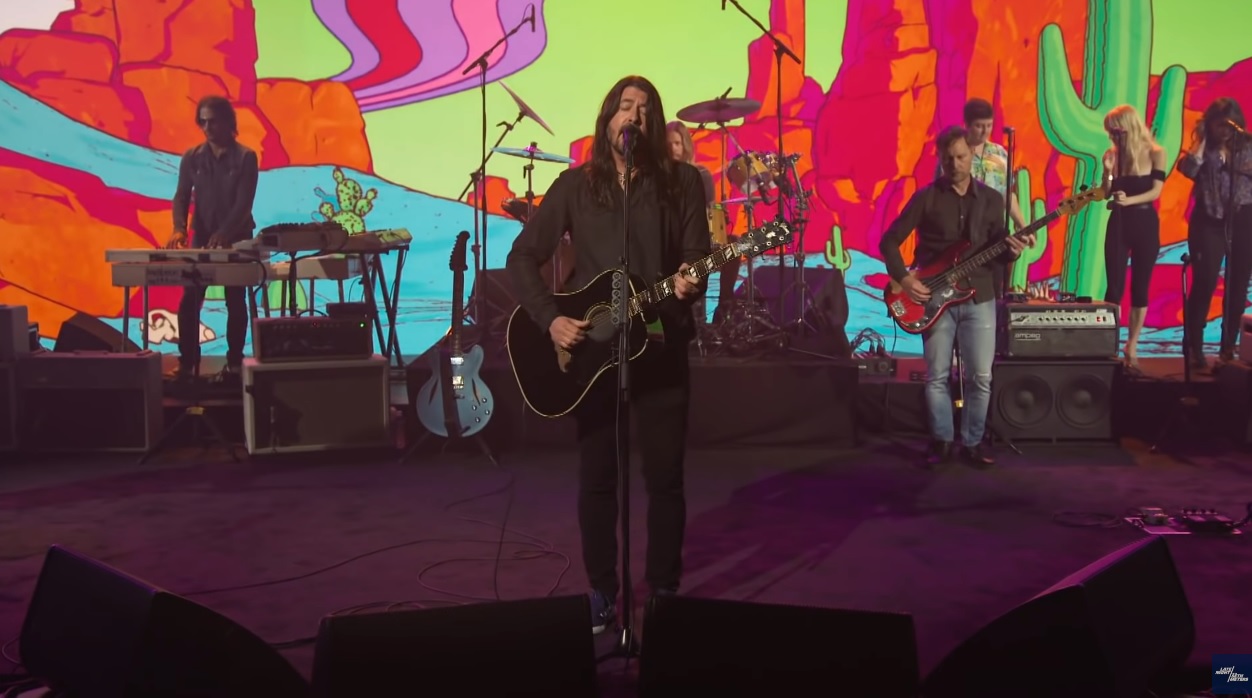 The Foo Fighters delivered a performance of “Chasing Birds,” one of the tracks on the band’s adventurous new studio album, Medicine at Midnight, for Late Night with Seth Meyers on Thursday night. Take a look:

The visuals on that stage setup mimic the trippy, mind-melting animated music video for the song, which Dave Grohl and the guys debuted on April 20:

Grohl is keeping especially busy lately, with the recent premiere of his documentary What Drives Us last week, his official memoir coming out in October, his collaboration with Mick Jagger on a new song, and a collaboration with his mother, Virginia, on a new docu-series, which you can preview below: