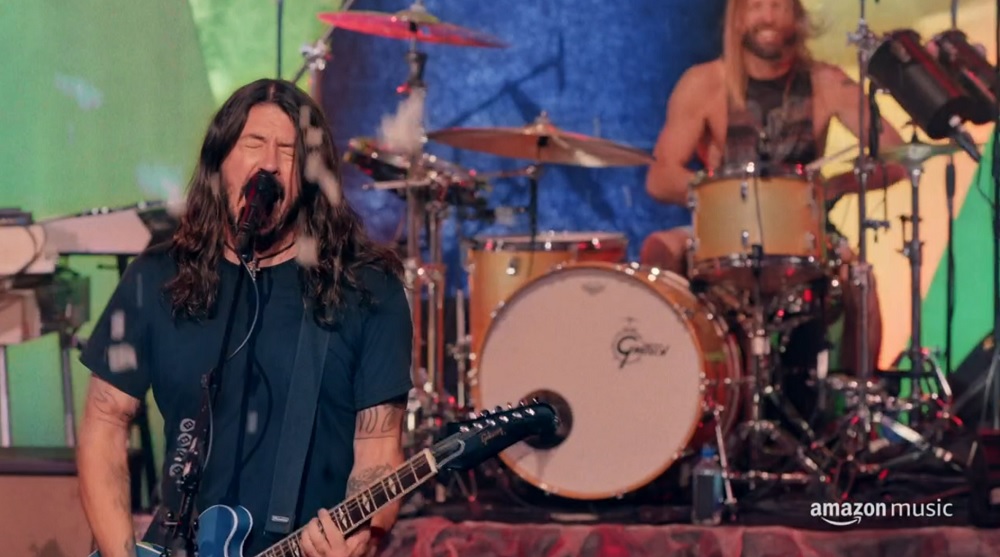 In connection with the concert, a studio-recorded version of the band’s cover popped up on Amazon Music, as well:

In addition to the Foo Fighters’ spirited “Run Rudolph Run,” the band played its new single, “Shame Shame,” as well as hits “Times Like These,” “Learn to Fly” and “Best of You.”

High-energy covers of “Run Rudolph Run” are the trend these days, as recently Conan O’Brien, Jimmy Vivino and the Basic Cable Band contributed a lively rendition of their own to the Project Kids-Care telethon for underserved children in Los Angeles:

As for the Foo Fighters’ Amazon Prime holiday gig, it’s the second recent streaming concert event from the band in a few months, coming after their intimate set at the Troubadour in West Hollywood, a key part of the #SOSFest fundraising virtual event geared around helping independent music venues hit hard by the COVID-19 pandemic and shutdowns.

Dave Grohl, meanwhile, has also kept especially busy lately with his #TheHanukkahSessions covers series with pal/producer Greg Kurstin. Premiering a new cover of a prominent Jewish artist each night of Hanukkah, the set has thus far featured renditions of classics from the Beastie Boys, Drake, Leslie West and Mountain, Peaches and Bob Dylan:

Medicine at Midnight, the new Foo Fighters album, meanwhile, is due out in early February.