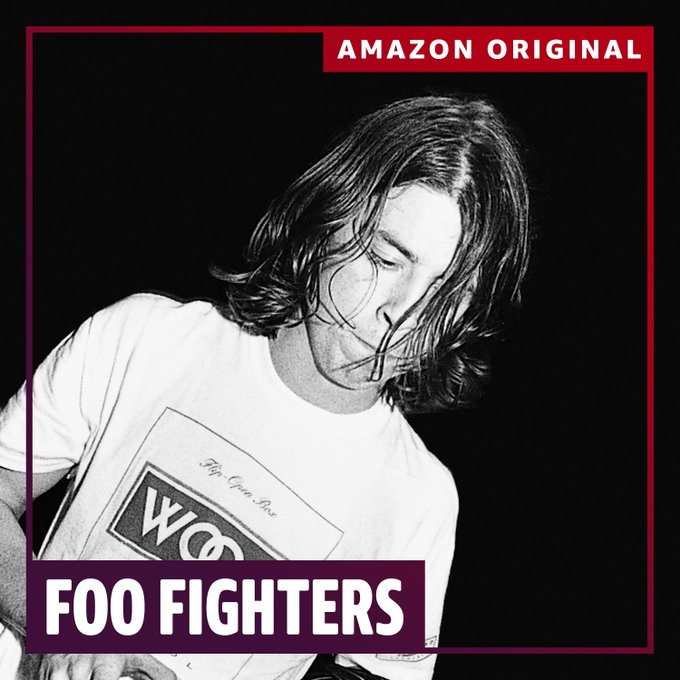 In 1996, Dave Grohl and the Foo Fighters — in one of the group’s earliest iterations — played an on-air radio gig for ROCKLINE, hosted by producer Scott Weiss. 24 years later, Weiss holds a reputable position with Amazon Music, and the two forces have now joined together to release the four-song acoustic set to the masses.

Officially made available on Thursday, the live set is a snapshot of what the Foo Fighters were in 1996. Two songs are from the self-titled Foo Fighters debut album — “For All the Cows” and an absurd alternate take of “Wattershed” in which Grohl sings of a trip to Canada in the style of Fred Schneider of the B-52s, one non-album track (“How I Miss You”) and one song from the at the time upcoming 1997 album The Colour and the Shape (“Up in Arms”).

We got the DAT… Thank you to Bob Coburn and the crew at Rockline.@amazonmusic Original recorded March 18, 1996 out now: https://t.co/SgnvurFPlC#FF25 pic.twitter.com/VQuLtHggsH

The four-song set is available to stream exclusively via Amazon Music. Take a listen below:

This unearthing of previously lost early-era Foo Fighters material comes a few days after Grohl and the gang participated in #SOSFest to Save Our Stages, a virtual event fundraiser designed to help ensure indie venues can remain open once the COVID-19 pandemic subsides.

The Foos played an intimate acoustic set at the Troubadour in West Hollywood filled with hits and amusing stories (such as Pat Smear’s fistfight with Tom Waits at a Go-Go’s show in the 1980s), and you can watch that below:

If you feel compelled to help and are of the means to make a contribution to the #SaveOurStages initiative, click here for more details.