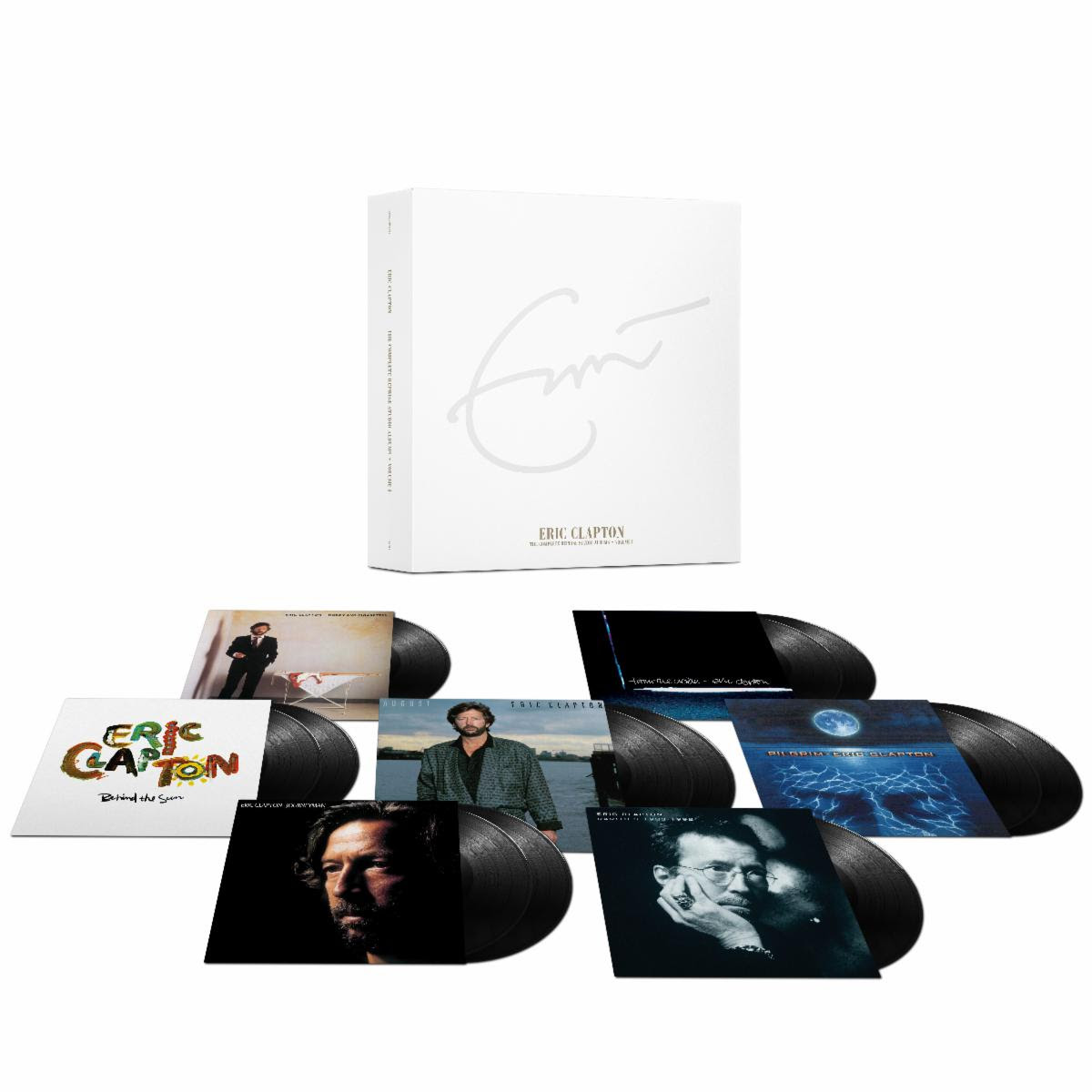 This one’s definitely for the Eric Clapton completists out there.

On Sept. 30, a very special 12-LP box set will be released revisiting a key era in the vaunted career of “Slowhand.”

It contains newly remastered versions of six studio albums pressed on 180-gram vinyl: Money and Cigarettes (1983) as a single LP, Behind the Sun (1985), August (1986), Journeyman (1989), From the Cradle (1994), and Pilgrim (1998) as double-LPs. Behind The Sun and August were originally released as single LPs; both are now 3-sided double albums to avoid long LP sides and to maximize the audio quality.

The final LP in the collection, Rarities (1983-1998), brings together eight rare recordings from this era, including live versions of “White Room” and “Crossroads” that were both featured on the B-side of the 1987 single “Behind The Mask.” Another B-side, “Theme From A Movie That Never Happened” (Orchestral), appeared in 1998 on the Grammy®-winning single, “My Father’s Eyes.”

Preview the set with a cover of Albert King’s “Born Under A Bad Sign,” which was an outtake from the studio sessions for 1994’s From the Cradle:

This release comes on the heels of Nothing But the Blues, a revisiting of a previously unavailable 1995 live concert album/film executive produced by Martin Scorsese — click here for more on that.

As for the next step of this archival series of releases:

Early 2023 will see the release of The Complete Reprise Studio Albums – Volume 2, a companion vinyl boxed set that features Clapton’s Reprise studio albums spanning 2001-2010, along with an exclusive LP of rarities from that era. More details on this release will be announced soon.

Catch Eric Clapton with special guest Jimmie Vaughan on a limited U.S. tour in the fall: