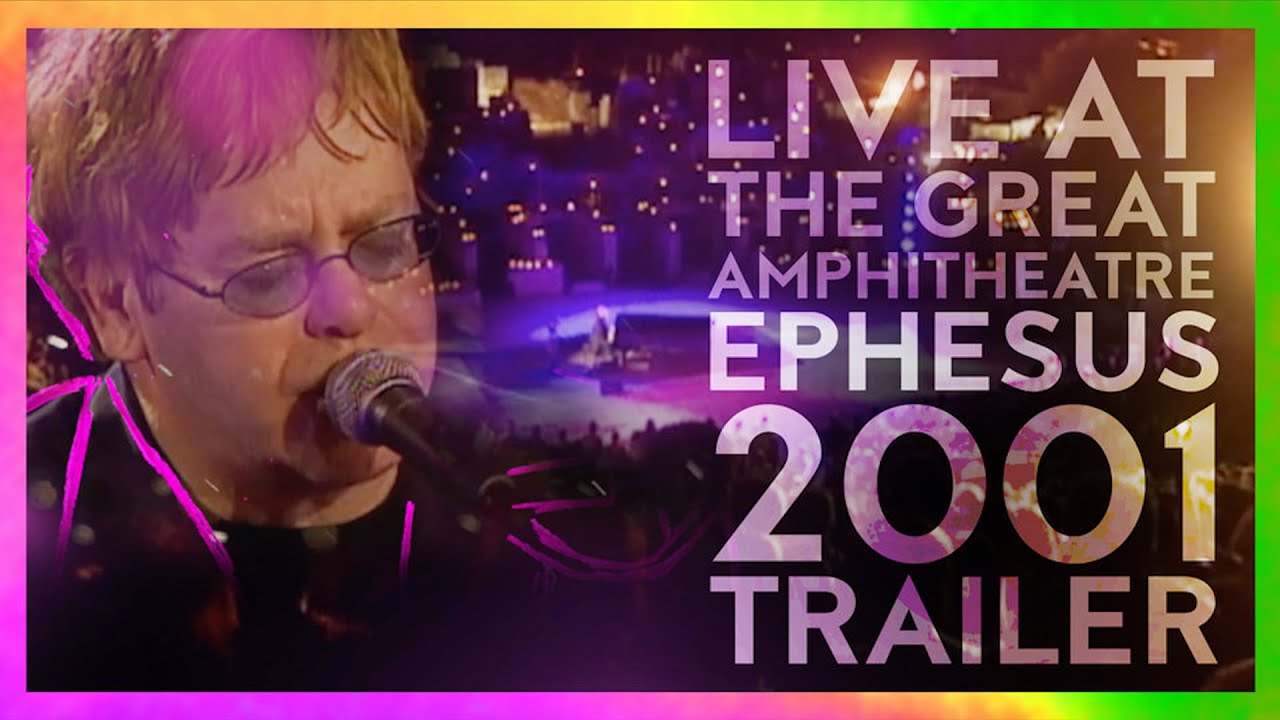 The ongoing Classic Concert Series from Sir Elton John concludes this week with a flashback to 2001 and a very special performance from the world-renowned singer/pianist/cultural figure.

Live From The Great Amphitheatre, Ephesus captures an intimate performance from Elton in Turkey, one that didn’t include a backing band, elaborate stage setup or any of the typical all-out music extravaganzas from throughout his career.

As a preview, here’s a video from the show of Elton John performing “This Train Don’t Stop There Anymore,” which at the time was an unreleased song:

The Live From The Great Amphitheatre, Ephesus stream will go live on Elton’s YouTube channel on Friday, Aug. 7 at 3 p.m. EDT/12 p.m. PDT:

As has been the case with the Classic Concert Series thus far, this broadcast has an additional focus: Raising money for the Elton John Aids Foundation:

Elton walks on to the oldest stage he has ever played (built circa 200 BC) and invites the audience to join him in one of the most intimate performances he has ever given. Everything about this concert is the opposite of what most people think of when they bring Elton to mind: his wardrobe is sedate, his staging virtually non-existent, no wild spectacles or platform shoes.. Nor, for that matter, a band – just the piano player and his instrument, revealing in sublime simplicity that it’s really all about the songs. And tonight, we get to enjoy 20 of these, from his vast collection of hits (at one point, Elton jumps a decade at a time by playing ‘Philadelphia Freedom’, ‘Nikita’ and ‘Sacrifice’ in sequence) to ‘This Train Don’t Stop There Anymore’, a song that would not be released for another two months. A summer’s evening well spent, most certainly.

Bringing you six monumental concerts from Elton John’s archive available digitally for the first time ever. The Elton John: Classic Concert Series is running in support of the Elton John AIDS Foundation’s COVID-19 Emergency Fund to continue HIV prevention and care for the most vulnerable people around the globe during the COVID-19 pandemic. There are 37 million people living with HIV around the world and we cannot lose the gains we’ve made to end the AIDS epidemic during this time. Please consider donating via the blue Donate button if you can. Thank you. To find out more, visit www.ejaf.org

If you are unable to donate through our platform but would like to contribute to the Elton John AIDS Foundation’s COVID-19 Emergency Fund, please visit https://www.ejaf.org/donate to make a life-saving contribution.