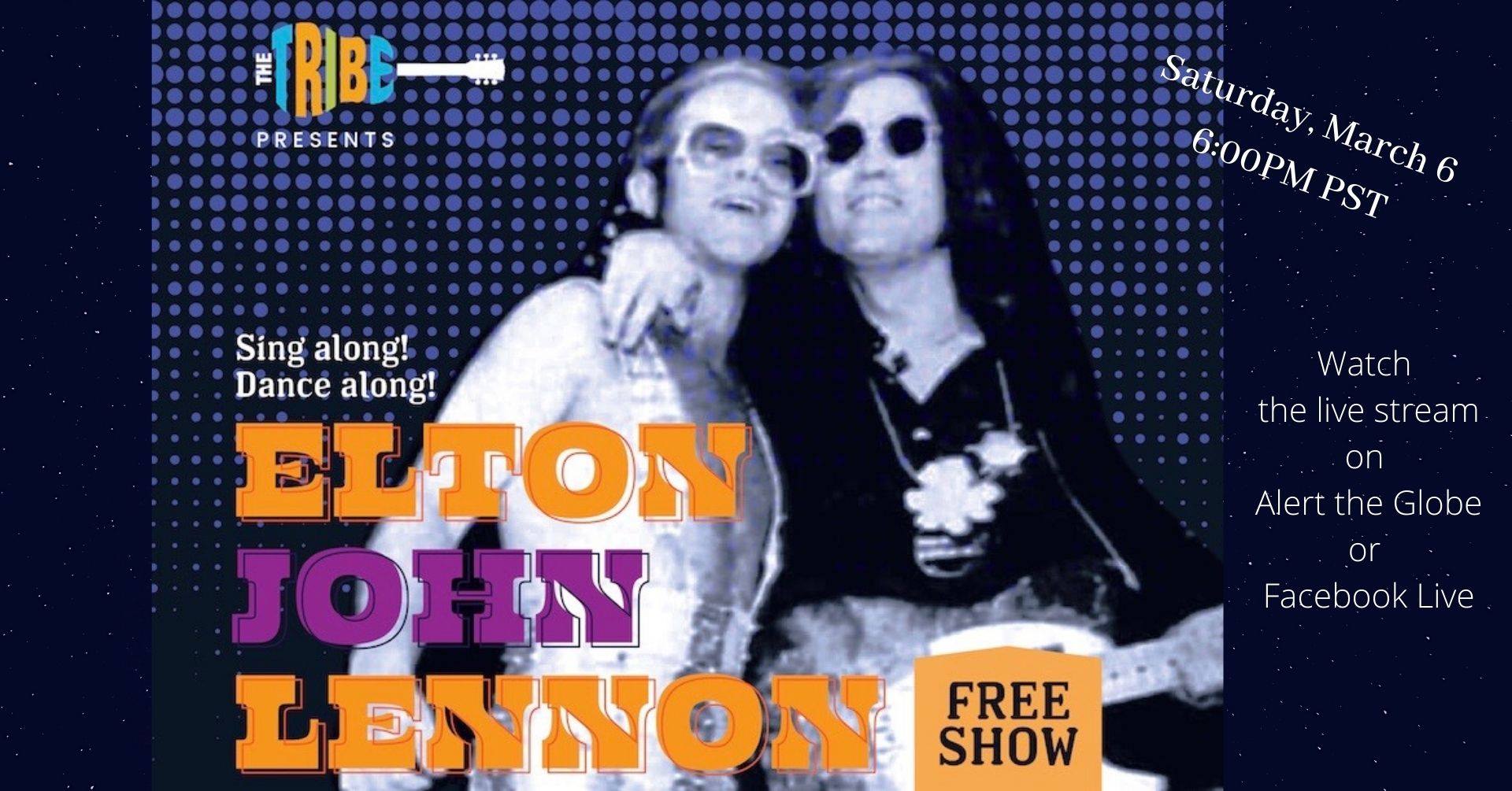 Between the two of them, Sir Elton John and John Lennon crafted some of the world’s most cherished songs — and this Saturday, March 6, an ensemble of top musicians will pay homage to their legacy with Elton John Lennon, a free live stream concert event viewable from the comfort of your living room.

The stream will be available via AlertTheGlobe.com as well as Rock Cellar’s Facebook Live page, and features The Tribe Band, a collective of Los Angeles-based session musicians and vocalists, plus special guests. The show begins at 6 p.m. PST / 9 p.m. EST.

Click here to view the show’s Facebook Event page, where you can sign up to be alerted once the video goes live this weekend. It will also be available after the fact for replay viewing, or in case you miss it the first time around.

The Tribe band will be playing “ELTON JOHN LENNON”, a live stream concert of songs by both of those iconic stars and featuring some of the most talented independent artists around! The show is FREE. Watch on ww.alerttheglobe.com or www.facebook.com/rockcellarmagazine/live (Virtual tip jar will be available.)