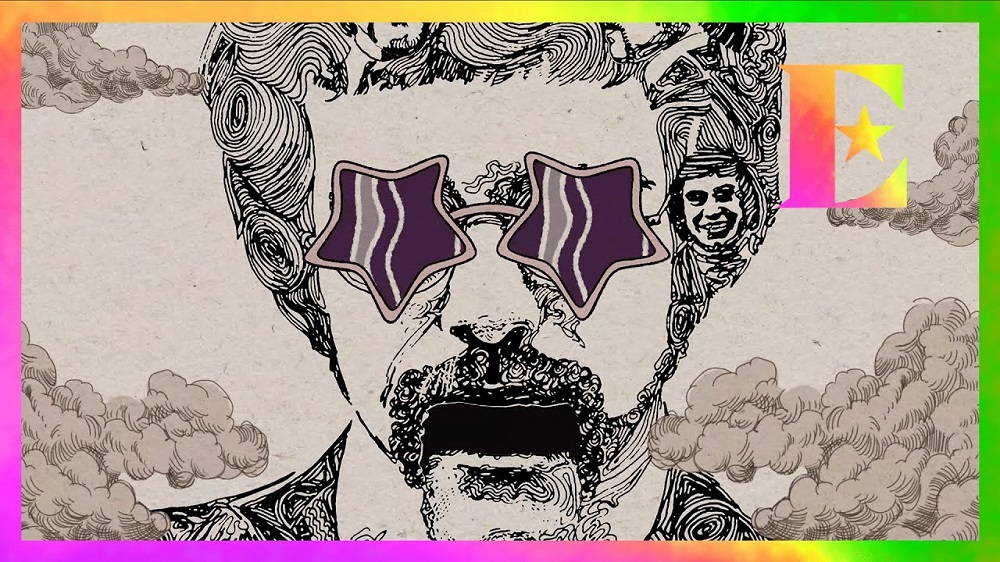 On Nov. 13, Sir Elton John will release Jewel Box, a new collection of archival material from as far back as 1965 and as recently as 2019. Billed as a collection of “Buried treasures, Precious gems and Sparkling collectibles from the world’s favourite singer-songwriter,” Jewel Box is indeed a massive and impressive-looking set from the iconic musician.

From the album that never was… Regimental Sgt. Zippo was going to be the title track of my unreleased debut album in 1969. You can finally hear it on my upcoming Jewel Box! 💎🚀 https://t.co/Cp1LRgVXzL pic.twitter.com/onj1QAiy3U

As a preview of what’s in store for fans, Elton shared a track called “Regimental Sgt. Zippo” on Friday, a song that is as much a playful nod to the Beatles‘ Sgt. Pepper’s Lonely Hearts Club Band as you might suspect, given its title.

The title track of an unreleased debut album, this track captures Elton and Bernie in full 60s psychedelic mode. Recorded and produced at the DJM studios, the same building that housed the Beatles’ publishing company, Northern Songs, the song is an affectionate nod to Sgt Pepper and the era. Within six years of this May 1968 recording Elton John would be a superstar the size of the Beatles, and close friends with John Lennon, something that would have been hard to predict at the time Regimental Sgt. Zippo was recorded.