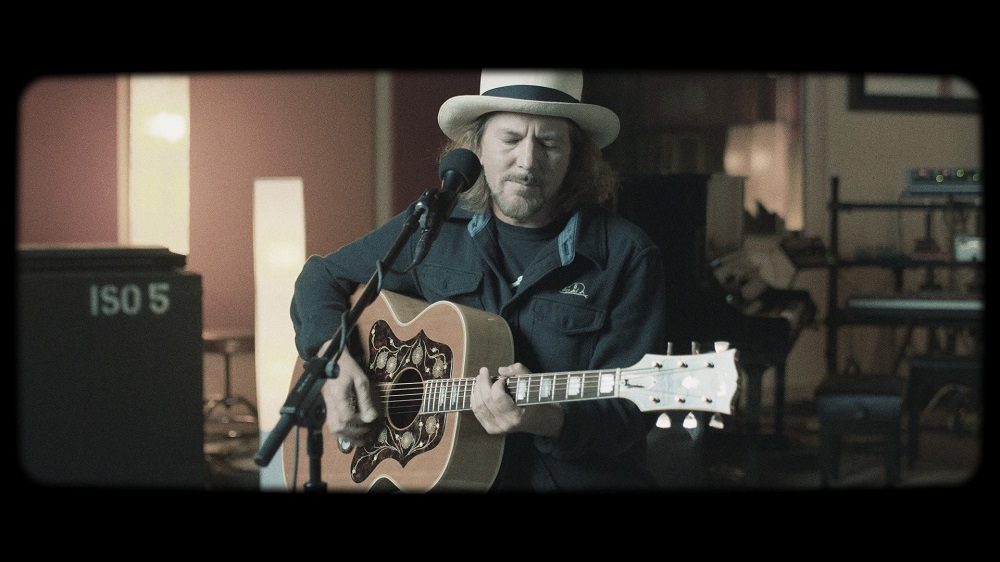 Eddie Vedder has long found a way to keep his solo career active in concert with his work with Pearl Jam (such as the band’s 2020 album Gigaton) — and this week, the front man has shared a pair of affecting new solo songs.

The tracks, titled “Matter of Time” and “Say Hi,” were premiered on Thursday on the heels of Venture Into Cures, a streaming digital event that aired on Wednesday and showcased uplifting stories about individuals and families living with Epidermolysis Bullosa (EB) alongside appearances and performances from celebrity friends to educate viewers about EB and raise critical funds for research toward a cure for EB and other rare diseases.

Here’s an animated music video for “Matter of Time”:

And a live performance video for “Say Hi”:

There is a special, limited edition 7″ vinyl of the two tracks available for pre-order at Pearl Jam’s official site. Proceeds from the vinyl benefit EB Research Partnership (EBRP).

Here’s some more on Venture Into Cures, which is still available to stream:

EB is a life-threatening genetic disorder that affects approximately 500,000 people worldwide. Called “Butterfly Children” because their skin is as fragile as the wings of a butterfly, children with EB face severe pain, open external and internal wounds, and a grueling daily bandaging process. There is currently no treatment or cure for EB, however EBRP’s innovative Venture Philanthropy model is helping to fast-track not only a cure for EB, but therapies that could affect thousands of other rare diseases.

Watch a replay by clicking here to visit YouTube.