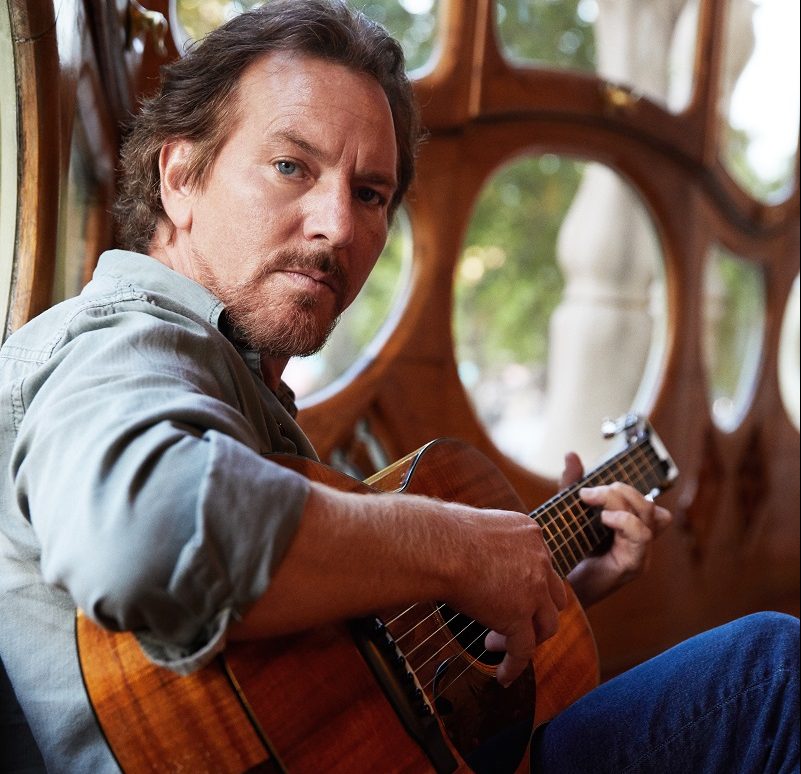 The iconic singer/songwriter has been sharing a few songs from the record in recent weeks. The latest, “Brother the Cloud,” landed on streaming services late Thursday/early Friday. An expert-level example of soft/loud dynamics, the song is highlighted by Vedder’s signature passionate vocal delivery and squealy guitars that build to the song’s soaring chorus.

Lyrically, it’s an emotional expression of yearning for a lost “brother”:

If I could wish, wish it away
I would bleed out my knees and pray
If I could give all that I have
To bring him back today
These are but dreams
As sad as it seems
I’m always wide awake

Vedder’s backing band for this project, by the way, is an all-star lineup comprised of Red Hot Chili Peppers drummer Chad Smith, keyboardist/guitarist/vocalist Josh Klinghoffer (formerly of the Chili Peppers and now with Pearl Jam), and guitarist Andrew Watt, who produced Earthling. Bassist Chris Chaney (Jane’s Addiction) and singer/songwriter Glen Hansard are also part of the Earthlings live band that will accompany Vedder on the road in February.

Announced a few weeks back, Earthling will be Vedder’s third proper full-length solo record and the first since 2011’s Ukulele Songs. He previewed it with “The Haves”:

And “Long Way,” which was premiered live at his Ohana Festival in October with that backing band mentioned earlier.

Eddie Vedder and his backing ensemble will pay a series of concerts in February to celebrate Earthling‘s release:

After his solo tour, Vedder will get back to business with Pearl Jam, which recently announced that its previously postponed North American tour in support of 2020’s Gigaton will reconvene and start back up in May 2022. The dates will be revealed in early 2022: