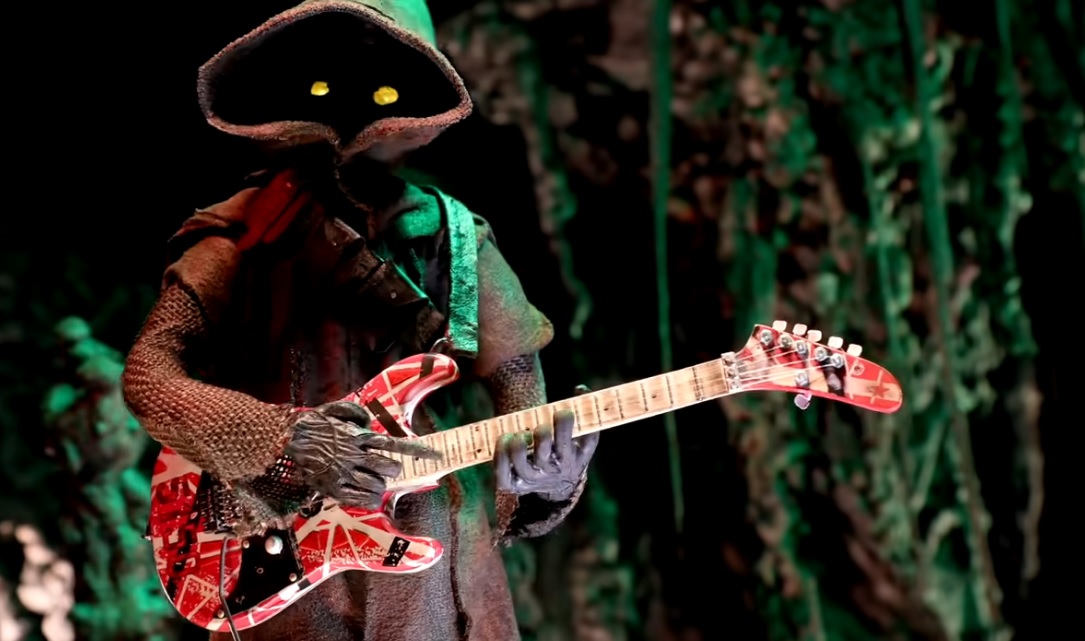 Jawas are among the fiercest, most relentless pirates of the Star Wars universe. If you find yourself near a sandcrawler during your intergalactic travels, well, you’d better find a way out of there. There’s no telling what kind of trouble you might find yourself in should a pack of Jawas take you prisoner. It turns out, though, that at least one of them is pretty good on guitar — as was documented recently by animator Thomas J Yagodinski, who shared JAWA PLAYS ERUPTION: A Stop Motion Tribute to the Great Edward Van Halen as a salute to the late, great Eddie Van Halen, who died in October after a prolonged battle with cancer.

The video made its way onto YouTube just a few days before EVH’s 66th birthday, which is today, Jan. 26.

Take a look and listen below of the mysterious creature slamming through EVH’s classic “Eruption”:

Said Yagodinski in a statement accompanying the video:

This was an extremely FUN way to pay respects to a musical Legend and to also challenge myself to recreate Eddie’s amazing solo, frame by frame via stop motion animation. Is it perfect? Of course not, that’s impossible and nothing ever is 🙂 The Jawa is a stop motion puppet I fabricated and the guitar is the 1:4 scale (16inch) Mini Guitar (#EVH-004) that I further customized. The set……well, that’s from/for something entirely different!! Hope you have as fun watching as I had creating 🙂 🙂 🙂

This kind of inspired tribute video is a testament to the unrivaled legacy that Eddie Van Halen created over the course of his influential career. Decades of riffs and technical wizardry made him a god among mortals, so to speak, and his influence will last forever.

It’s a reason he’s also the focus of an impressive mural outside Guitar Center in Hollywood, which was also in the works to commemorate his 66th birthday on Tuesday:

H/t to UCR for spotting this video in the wild.