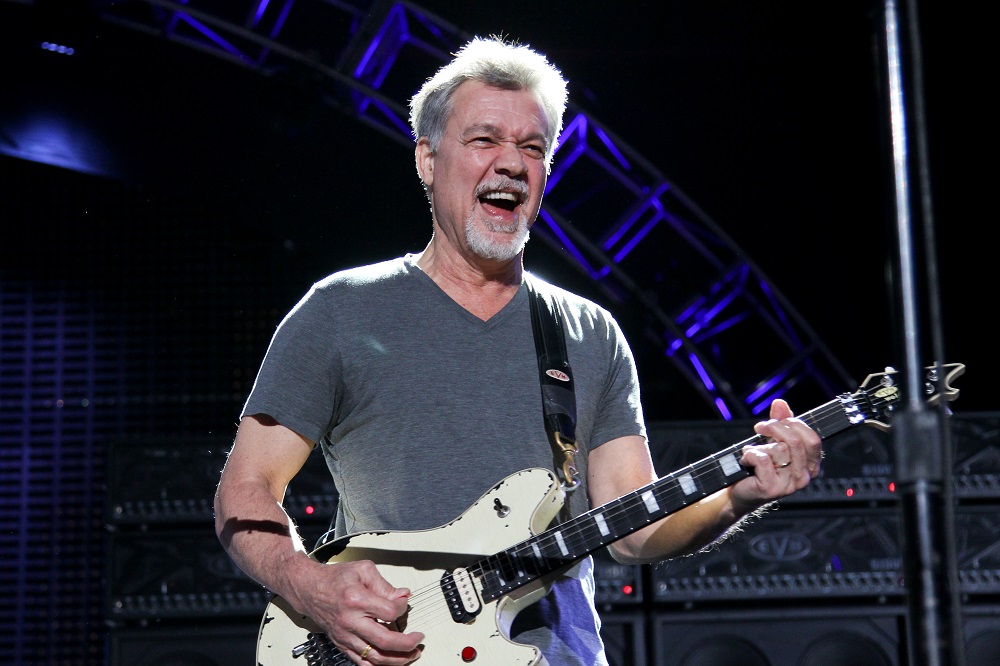 This past Saturday night, the Rock and Roll Hall of Fame 2020 induction ceremony special aired on HBO and HBO Max, a filmed segment honoring the Class of 2020 that was put together in lieu of a traditional in-person event, which was cancelled due to the COVID-19 pandemic. Among the anticipated moments of the show was a special tribute to guitarist Eddie Van Halen, who died in early October after a fight with cancer.

It's officially #RockHall2020 ceremony night. A show full of celebrations and special appearances from music icons, will you be tuning in? Join us on @hbo and @hbomax at 8:00 PM EST for the debut: https://t.co/YrzZhHJf4j pic.twitter.com/feMq1BeFDV

Little was known ahead of the program what the tribute would entail, but it turned out to be a great homage to the late EVH, featuring testimonials celebrating his impeccable influence from the likes of Slash, Metallica‘s Kirk Hammett and Tom Morello of Rage Against the Machine/Audioslave.

Last night we celebrated some of rock & roll's finest. Congratulations to our Class of 2020 on their Induction to the Hall of Fame. Which moments from the ceremony were most memorable for you? Stream on demand @HBOMax: https://t.co/YrzZhI0PVR pic.twitter.com/02N5yF3tl8

In case you weren’t able to watch the show or don’t have an HBO/HBO Max subscription (click here to register so you can watch the show on-demand), here’s what each guitarist had to say about Eddie.

“Eddie Van Halen was a tremendously gifted musician. His style and his sound were completely unique to him. He had a massive impact on guitar playing. I don’t think there’s anybody who’s picked up guitar since 1978 that hasn’t been touched in some way by Eddie Van Halen’s influence.”

“Eddie Van Halen was the Mozart of our generation. He had the kind of talent that maybe comes around once a century. Eddie Van Halen inspired me to practice 20,000 hours to try to get within 100 miles of his inspired mastery of the guitar.”

“Eddie Van Halen was amazing. Not since Jimi Hendrix had there been a guitar player that had so much impact and was so inspiring to me. He just explored the most simplest thing: a harmonic on a string and brought it into this realm of technique that no one even thought was possible. He was from a different planet.”

Here’s the tribute segment, via a fan-submitted video on YouTube:

And the trailer for the 2020 induction ceremony: