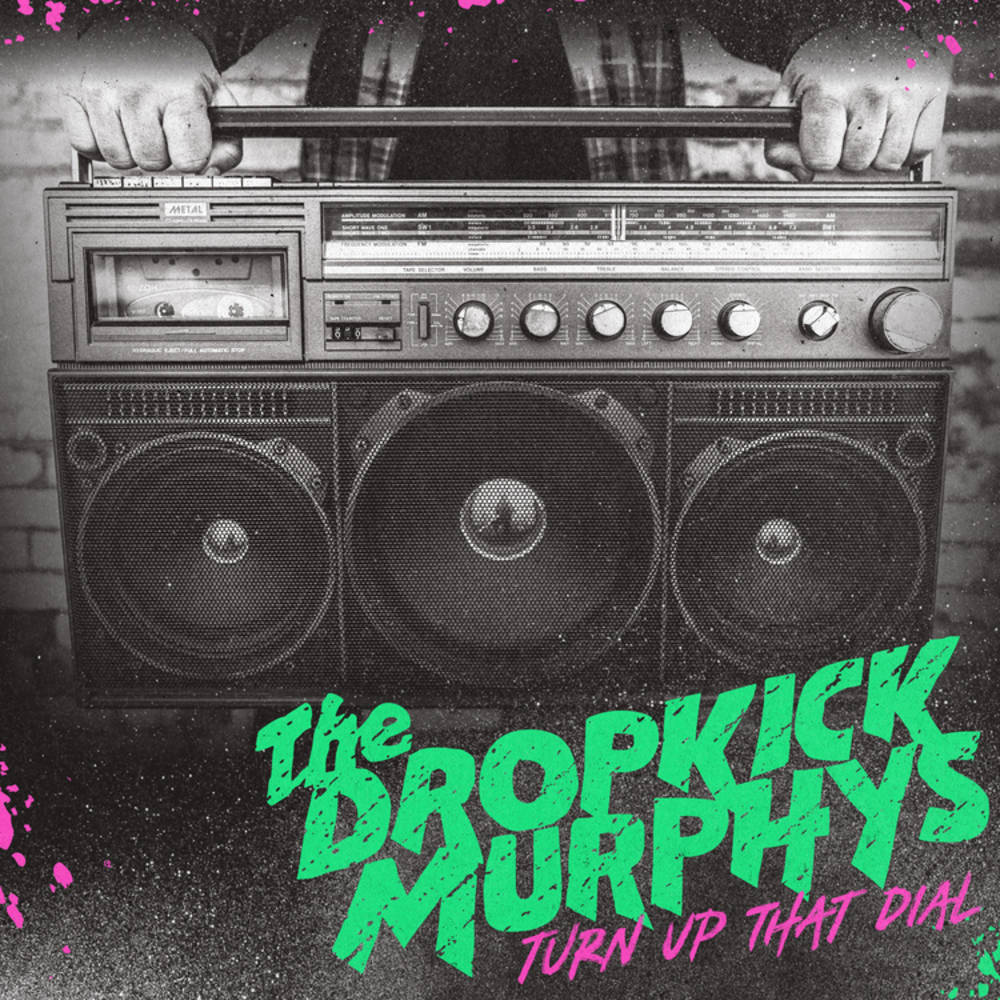 Boston punk rabble-rousers the Dropkick Murphys will release a new studio album, Turn Up That Dial, on April 30. It’ll be the band’s 10th studio album to date and the first since 2017’s 11 Short Stories of Pain & Glory.

Announced on Tuesday, the news came with the premiere of “Middle Finger,” which sounds very much like what you’d hope a Dropkick Murphys song sounds like in 2021: Gang vocals, pipes, a bouncing rhythm and a chorus meant for singing unison in a packed, beer-soaked bar (once such experiences are allowed to return to our lives).

Said co-lead vocalist Ken Casey about the new album, which is meant as a celebration of the band’s longevity throughout the years:

On this record, the overall theme is the importance of music, and the bands that made us who we are. We just hope [the album] takes people’s minds off their troubles. We’re so fortunate and grateful to be in the position to share a little happiness in our own way. Our gratitude levels are off the chart. 25 years ago, somebody bet me 30 bucks I couldn’t form a band with three weeks’ notice to open for his band. As kids, we’d never been out of New England and here we are – we’ve made ten records and have been all over the globe. If there’s a message to this album, it’s ‘put your fist up and play it loud.’”

It was Dropkick Murphys, you may or may not recall, who staged one of the first high-profile live stream events back in March 2020, just as the COVID-19 lockdown had taken effect. Normally, the band would have played a boisterous in-person St. Patrick’s Day concert event, an annual New England tradition for the group, but instead they staged a streaming show on Twitch (also for an audience of zero). This new 2021 show is more of the same, but promises more music from the upcoming album as well.

For the 2nd year in a row, we’ll be playing a March 17 show in Boston…beamed to your living room!!

ST. PATRICKS DAY LIVE STREAM 2021…STILL LOCKED DOWN will be FREE thanks to our friends at @pega & by YOU!! Read More: https://t.co/8anDdBgErf pic.twitter.com/5POCO5jc88

Dropkick Murphys followed that show with a fundraising gig for COVID-19 relief in May, from an empty Fenway Park in Boston (and featuring pal Bruce Springsteen):

The band also shared a handful of additional songs from this new album in recent months:

It’s all about uplift and positivity for Dropkick Murphys these days — sentiments we can all still use during these ongoing troubling times.

“We’ve all done plenty of lamenting, so the main goal was to keep this fun,” said Casey in a news release. “The darker the times got, the harder we fought to uplift with this music. Whatever we’re potentially giving to fans, trust me, they’re giving it to us tenfold. Now, turn up that f*cking dial.”

The track listing for Turn Up That Dial:

Turn Up That Dial
L-EE-B-O-Y
Middle Finger
Queen Of Suffolk County
Mick Jones Nicked My Pudding
H.B.D.M.F.
Good As Gold
Smash Shit Up
Chosen Few
City By The Sea
I Wish You Were Here