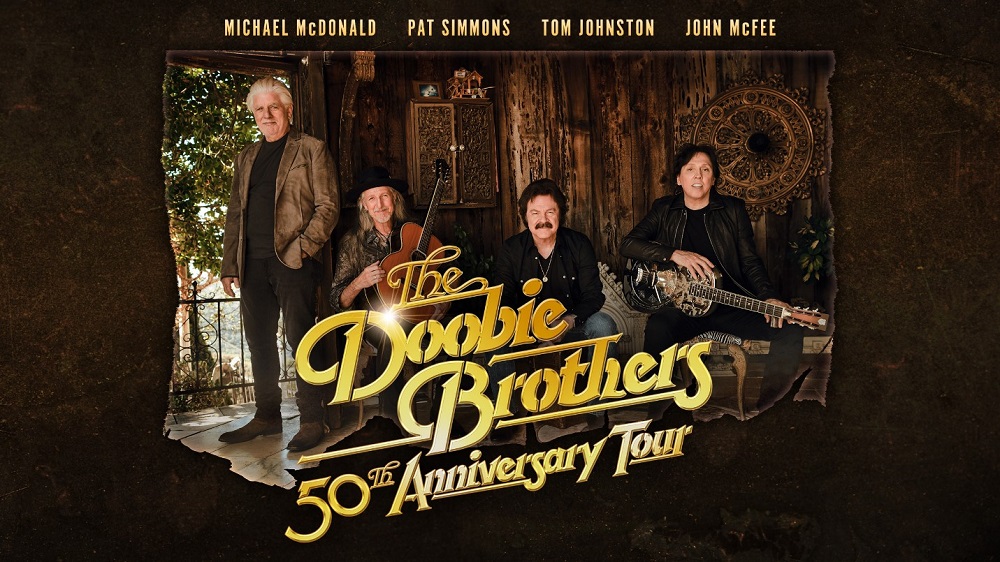 On Tuesday, The Doobie Brothers announced that their anticipated 50th anniversary tour with Michael McDonald has been officially postponed to 2021 due to the COVID-19 pandemic.

Along with the news, the Doobies issued a statement to fans:

The Doobie Brothers regret to announce that their 50th Anniversary Tour has been rescheduled. This decision has been made with the health and safety of The Doobie Brothers’ fans, crew and local employees in mind. The tour will now be rescheduled for 2021 starting on July 17 in West Palm Beach and ending on October 23 in New Orleans, making 46 stops across North America. Unfortunately due to scheduling conflicts, previously announced dates Mount Pleasant, MI, Sioux City, IA, Boise, ID, Albuquerque, NM, Little Rock, AR, Bossier City, LA, and Memphis, TN have been cancelled. Full tour routing of rescheduled dates is below.

Fans are encouraged to hold on to their tickets as they will be valid for the new dates. If ticket holders can no longer attend or would prefer a refund, they will receive an email directly allowing them to request one. For any further ticketing inquiries, fans should reach out to their point of purchase.

This is the latest setback caused by the pandemic to throw a wrench in the Doobie Brothers’ 50th anniversary plans. Under regular circumstances, the Doobies would be basking in the glow of being inducted into the Rock and Roll Hall of Fame and preparing for that summer tour — but now the Rock Hall induction will take place in November, and the tour more than a year away.

The new dates for the 50th anniversary tour, which will take place in Summer 2021: