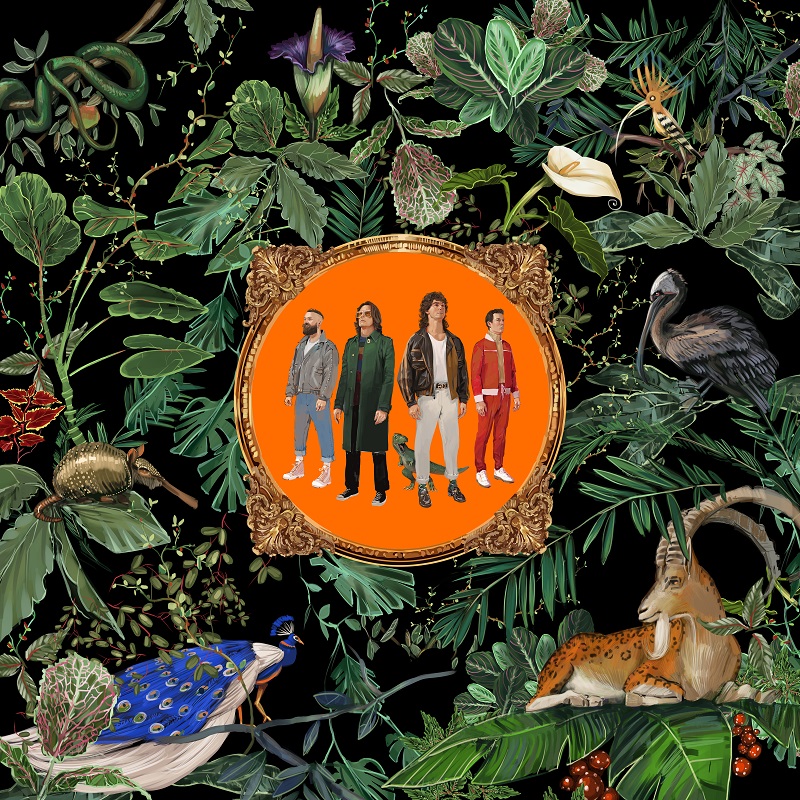 There is no musical act out there quite like Don Broco. Mashing styles together in a way that helps the group sound fiercely original, these guys really have set forth on a unique path — and that trajectory continued on Friday with Amazing Things.

AMAZING THINGS IS OUT NOW!!! 🦖💫 During such a rough last year we were so grateful to have this album to pour all our anxieties, fears, anger, love and hope into. We hope you all love the album as much as we do!!! 🧡🧡🧡🧡 https://t.co/WSqiJhbDOt pic.twitter.com/U8Nl3xX0k5

Don Broco’s fourth studio album, it is definitely the sort of record that defies genre classification. Just take opener “Gumshield,” which starts with laser-y synth sounds before exploding into a huge pop-rock hook, an introductory lesson before the madness kicks in:

“Manchester Super Reds No. 1 Fan” is a burning blast of industrial-tinged electro-rock with a frenetic music video:

“Endorphins” starts with falsetto vocals before giving way to pulsating rhythm that veers close to dubstep, and its music video features the band paying loving homage to the Mighty Morphin Power Rangers — because why not?

There’s a darkness to Don Broco’s music, though, that permeates even the bounciest beats. “Uber” is about the rideshare company, sure, but its lyrics have a social-political commentary that add gravity to the song’s gripping synth-based groove:

“Bruce Willis” not only includes lyrical references to the actor’s catch phrases (Yippee-ki-yay, mothеrfucker/You just caught me on a really bad day), but its crunchy, hard-rock riff and incendiary tones is bound to light up a mosh pit in the live setting:

Don Broco probably isn’t for everyone — the band’s sound is a lot to take in, admittedly, owing as much of its inspiration to the likes of Linkin Park and Beastie Boys, to name just a couple — but for those who “get it,” the payoff is excellent, and Amazing Things further establishes the group as a singular force in the music scene.