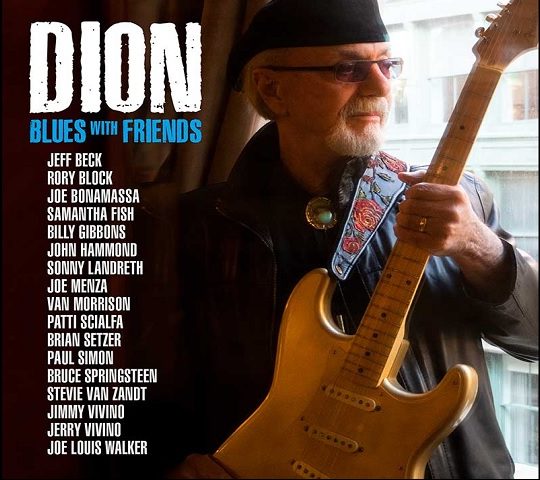 A star-studded, collaborative effort finding Dion joined by music pals including Bruce Springsteen and Patti Scialfa, Paul Simon, Van Morrison, Jeff Beck, Joe Bonamassa and many others, Blues with Friends is a masterful showcase of Dion and his incredible career.

Said Dion to Rock Cellar’s Ken Sharp regarding the new album in a new feature interview (click here to read that):

The blues tradition is a living tradition, it’s not a dead tradition. I think I have a lot of people represented on this new album. This record is steeped in tradition but the blues music is alive.”

The blues is very much alive with this record, which you can pick up at this link. Here’s Dion’s collaboration with Bruce Springsteen and Patti Scialfa:

Blues with Friends is one of those records that don’t come along very often. The dizzying array of legendary artists who joined forces for these songs is astounding, and it makes for a wonderful listen.

Do so below, via Spotify: