Out Now: Dinosaur Jr. Returns with New Album ‘Sweep It Into Space’ (Listen) 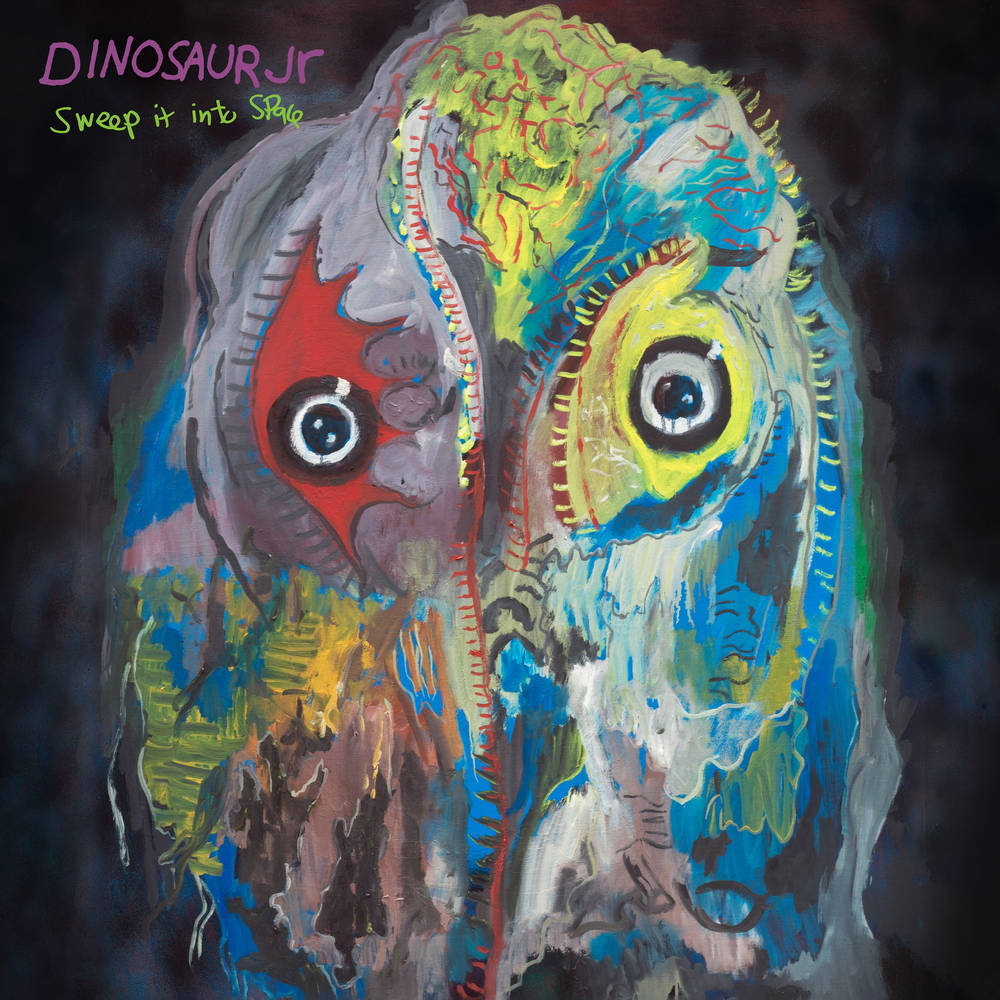 Groundbreaking and revered alt/indie band Dinosaur Jr. is approaching its fourth decade(!) of activity, but J. Mascis and his band mates are showing no signs of slowing down.

Sweep It Into Space is the title of the band’s new record, and it’s out today. The 12th Dinosaur Jr. studio album to date and the follow-up to Give a Glimpse of What Yer Not, the new songs are not a product of the pandemic — rather, the band intended to release the album in mid-2020:

Originally scheduled for mid-2020, this record’s temporal trajectory was thwarted by the coming of the Plague, was how the context of Sweep It Into Space was phrased in a statement.

The album was previewed in recent weeks with a handful of songs, including “I Ran Away” — which features Kurt Vile on 12-string guitar:

The recording process with Vile for that song became interrupted by the pandemic, at which point band leader J. Mascis took over. Per a press release:

“Take It Back” was the last pre-release song debuted from the album, and it received a Claymation music video:

The phrase “aging like a fine wine” is cliché when used in reference to seasoned musical acts releasing impressive collections of new music, but, well, it’s a cliché that fits Dinosaur Jr. Sweep It Into Space. Take a listen to the record below: