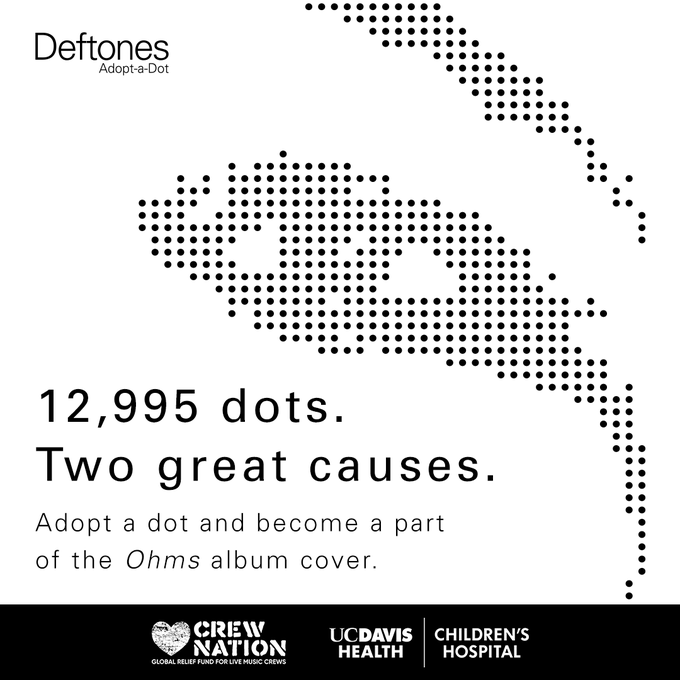 This Friday, Sept. 25, Deftones will return with their anticipated new studio album, Ohms. 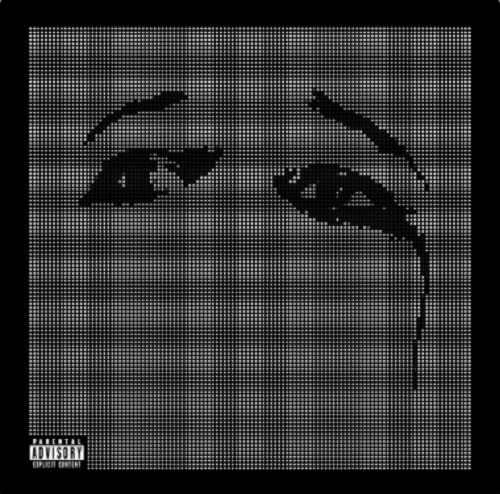 See all of those little dots that make up the visual? The alt/metal pioneers are offering fans an opportunity to “Adopt-A-Dot” and, essentially, become a part of the album artwork in exchange for a donation to two causes, the U.C. Davis’ Children’s Hospital and Live Nation’s Crew Nation (helping live music workers displaced or out of work as a result of the COVID-19 pandemic).

Announced on Tuesday, the “Adopt-A-Dot” program is described by the band as follows:

12,995 dots comprise the #Ohms album cover, & we’re inviting you to become a part of it. By adopting a dot on the cover, you’ll be contributing to the @UCDavisChildren's Hospital & to #CrewNation. https://t.co/Gcce3BufJB for all info on how to join us & help support these causes. pic.twitter.com/PgVSf2JB7D

As for Ohms, it’ll be the ninth Deftones album to date and the follow-up to 2016’s Gore.

(Click here to pre-order Ohms from our Rock Cellar Store).

The alt/metal masters have shared a pair of heavy tracks in the lead-up to the album’s release, first with the title track:

And, most recently, “Genesis,” which opens the record:

Ohms was produced by Terry Date, who worked with the band on previous albums — including 2000’s White Pony, a groundbreaking record that recently celebrated its 20th anniversary.

That reunion between Deftones and Date is noteworthy, as it seems to have brought out a reinvigorated creative burst from the band. Said Moreno in a recent interview with Uproxx about the new album:

“Heavy” is kind of subjective, you know? The last thing I ever want to do is be quoted saying, “This is our heaviest record!” The first thing that’s going to happen is some dude’s going to be like, “No way dude! This is …” You know what I mean? It’s kind of subjective. But I do feel like it’s got a little more energy. I think that is attributed to everybody being engaged completely. Everybody firing on all cylinders. There’s not one of us individually that was sort of sitting back just going along. Everybody was very present physically and emotionally, ready to work and to put the work in.