Home / ‘Star Wars’ Actor David Prowse Died at 85 Due to COVID-19 Complications, According to His Daughter (Per Reports)

‘Star Wars’ Actor David Prowse Died at 85 Due to COVID-19 Complications, According to His Daughter (Per Reports) 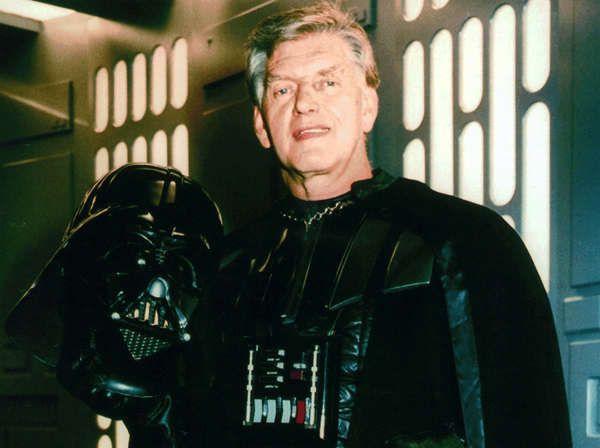 News came through over the weekend that David Prowse, the acclaimed English actor known for roles in A Clockwork Orange and as the man in the Darth Vader suit in the original Star Wars films, has passed away at the age of 85.

On Monday, additional reports in English newspapers indicated that Prowse passed away from complications caused by COVID-19 after a two-week battle with the virus, this information coming from his daughter, Rachel.

In an interview with UK’s The Sun, Prowse daughter Rachel confirmed that her father, who suffered from Alzheimer’s, had been hospitalized for the last two weeks with Covid. Confirming the cause of death, Rachel Prowse said, “It’s horrible that Covid restrictions meant we did not get to see him and say goodbye. But when we went to collect his stuff from the hospital the nurse said what a cool guy he was. He was such a larger-than-life character. He would have loved to see himself trending on Twitter.”

Prowse will be missed, and his passing prompted social media tributes from Mark Hamill and Lucasfilm:

So sad to hear David Prowse has passed. He was a kind man & much more than Darth Vader. Actor-Husband-Father-Member of the Order of the British Empire-3 time British Weightlifting Champion & Safety Icon the Green Cross Code Man. He loved his fans as much as they loved him. #RIP pic.twitter.com/VbDrGu6iBz

Lucasfilm was saddened to learn of the passing of David Prowse, who provided the commanding presence and imposing physical performance of Darth Vader for the Original Trilogy. He will be long remembered…https://t.co/U8Yua0mmoK pic.twitter.com/m2WGGlE3r1

Back in 2012, Rock Cellar had the pleasure of interviewing Prowse geared around the 30th anniversary of Return of the Jedi. Anybody interested in Star Wars ought to give the interview a read — a snippet:

Standing at an imposing six-foot-seven, the former bodybuilder and champion weightlifter personified the nefarious Darth Vader in the original trilogy, while James Earl Jones performed the unmistakable voice.  Prowse also appeared in such popular films as Casino Royale, Horror of Frankenstein, and A Clockwork Orange, along with numerous TV shows like Benny Hill, Dr. Who, and The Beverly Hillbillies.

Prowse maintained a steady presence at Star Wars fan conventions over the years, relishing every opportunity to enjoy making fans happy with his appearances. When asked in our interview what he took away from the experience:

“Love and affection (laughs). Honestly, I’m always amazed by the adulation you get from fans for a job I did 35 years ago. The nostalgia is incredible, as the people remember you with so much love and adulation.  And who would have thought, this character who is now regarded as the most famous villain of all time, would be received with so much love and affection.  It’s incredible.”

When asked about his audition process before landing the role of the man inside the Darth Vader suit, Prowse recalled:

I thought about spending three months in a gorilla skin and I said, “No, you can keep that one, George.” So I asked him what’s the other one, and he told me the other role is a big villain in the film, a character called Darth Vader.  And I said, “Don’t say anymore, George. I’ll be the villain’s part.”  He asked me why, and I said, “When you think back on all the movies you’ve ever seen, you always remember the bad guy.”  I think it was one of the best decisions I’ve ever made – choosing to play the role of Darth Vader over Chewbacca.