Home / David Bowie: ‘The Width of a Circle,’ Companion Piece to ‘The Man Who Sold the World’ 50th Anniversary Set, Out 5/28 (Pre-Order)

David Bowie: ‘The Width of a Circle,’ Companion Piece to ‘The Man Who Sold the World’ 50th Anniversary Set, Out 5/28 (Pre-Order) 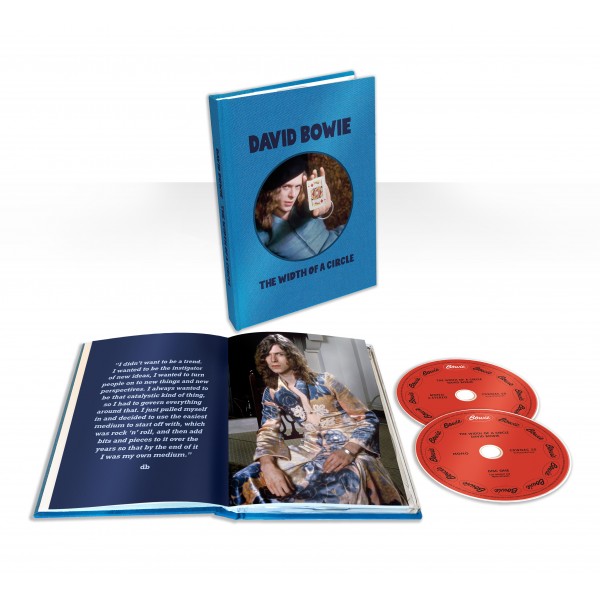 November 2020 saw the release of Metrobolist, a 50th anniversary edition of The Man Who Sold the World from David Bowie, repackaged under the album’s original intended title.

THE WIDTH OF A CIRCLE PRE-ORDER As promised yesterday, link for the exclusive Bowie Official Store 10" vinyl, plus separate links for the 2CD set and TMWSTW picture disc: https://t.co/g2NSq8FLxa – Please be patient if any of the links aren’t live yet, they will be, very shortly. pic.twitter.com/ySmtYqz5Aj

Taking its name from the album’s opening track, which was named after a painting by Bowie’s friend George Underwood, the new two-CD set THE WIDTH OF A CIRCLE acts as a complementary piece to that album. Its 21 tracks feature non-album singles, a BBC In Concert l session, music for a TV play and further Visconti remixes wrapping up Bowie’s recordings from 1970 and revealing the first sonic steps toward Hunky Dory.

Click here to pre-order The Width of a Circle from our Rock Cellar Store.

And a full track listing breakdown: