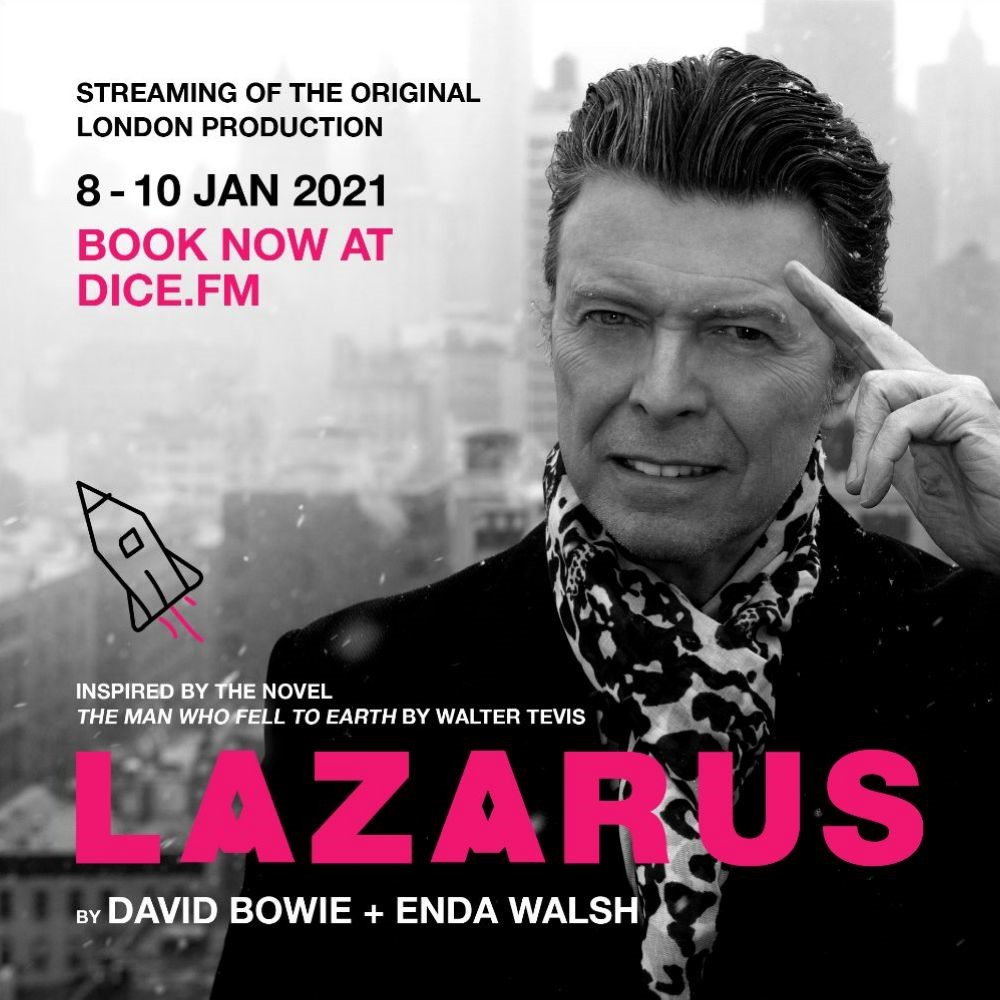 This Friday, Jan 8, marks the 74th birthday of the late David Bowie. Jan. 10, meanwhile, marks the fifth anniversary of his death in 2016.

To commemorate both events and pay tribute to his untouchable legacy of music and visionary pop culture presence, a number of special events are planned. Previously unreleased covers of Bob Dylan and John Lennon songs (recorded in the 1990s) will be premiered, Bowie’s longtime band mate Mike Garson is hosting a special global birthday live stream event with a number of notable musical guests, but that’s not all.

To remember David Bowie on his birthday and to mark the fifth anniversary of his passing, producers Robert Fox and RZO Entertainment Inc are exclusively releasing the stream of the London production of Lazarus. PR HERE https://t.co/Iz4ztIRnIh TICKETS HERE https://t.co/WoIiMUxLFU pic.twitter.com/mTGOI5Alie

From Jan. 8 through Jan. 10, Lazarus, the stage musical written by Bowie that premiered in 2015 and was one of the final artistic works he created before his death, will be streamed for the first time, with  multiple showings across four different time zones.

The performance was filmed at London’s King’s Cross Theatre in 2016, and stars actor Michael C. Hall (Dexter, Six Feet Under) as Thomas Newton, portraying the character Bowie first played in the 1976 film The Man Who Fell to Earth (based on the 1963 novel by Walter Tevis).

Tickets to watch this special performance are on sale now, for $21.50 in the United States. Click here for more ticket details.

As for more on the other Bowie events coming on Jan. 8, previously unreleased covers of John Lennon‘s “Mother” and Bob Dylan‘s “Tryin’ to Get to Heaven” will be premiered.

To mark what would have been David Bowie’s 74th birthday, two previously unreleased cover versions, John Lennon’s MOTHER and Bob Dylan’s TRYIN’ TO GET TO HEAVEN, will be released as a limited edition 7” single on 8th January next year. Full press release: https://t.co/cW5mqivAdI pic.twitter.com/dctlfk2T5P

Mike Garson’s A Bowie Celebration: Just for One Day!, meanwhile, features the participation of artists and musicians who worked with Bowie or those whose careers have been inspired by him (and, really, who hasn’t?), the show is shaping up to be something truly special indeed.