‘Hunky Dory’ at 50: Looking Back on David Bowie’s Transitional 1971 Record 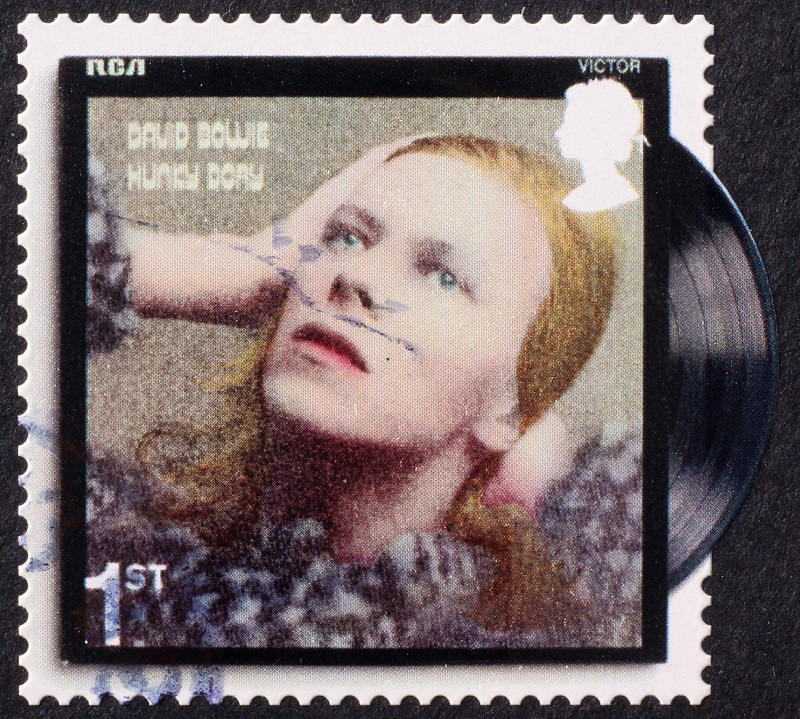 Visionary. Truth teller. Influencer. Pioneer. Storyteller. There are countless superlatives to describe the iconic David Bowie, but even such lofty praise is perhaps insufficient to represent the critically acclaimed musician, who built a legacy on the strength of his relentless innovation and reinvention, having challenged perceptions and bent genres in his own indomitable way.

It is not an understatement that Bowie is probably the most influential musician of his and forthcoming generations – he has influenced more musical genres than any other artist, from punk and hip hop to lo-fi and electronica.

Having set the world ablaze with his first three albums (at least critically, as those early records each failed to make much of an impression commercially), it was time to tear up the rule book and try something new. Enter Hunky Dory, which would be Bowie’s fourth studio album and was released on December 17, 1971, to much critical acclaim. However, initially, Hunky Dory wasn’t an instant commercial success and failed to chart. Unthinkable and unbelievable in retrospect, but perhaps the shackles of RCA not promoting the album as much as it could have done didn’t help the situation due to perceived concerns over the stylistic and image (ch ch) changes expressed on the record.

Tennessee Williams once said, “There is a time for departure even when there’s no certain place to go,” and depart Bowie did with Hunky Dory. His creative risks garnered huge rewards, both creatively and personally. He was adrift and unsure of himself (not an untypical phase for a young man to experience) and Hunky Dory was his life saver. It was so much more than just a body of work; it was a cathartic release for the 24-year-old musician who was experiencing doubts about many aspects of his life – which were not entirely exclusive to music.

Retrospectively, Hunky Dory is considered one of Bowie’s best works, and features on several lists of the greatest albums of all time and is cited as the album in which he found his sound and style. It is also, in essence, a love letter to America. Bowie himself admitted that Hunky Dory “reflected my newfound enthusiasm for this new continent that had been opened up to me,” which resulted in his fourth album moving away from previous genres into a fusion of musical styles.

Some might say it was sonic cohesiveness that hadn’t been executed at that level historically. Bowie later recalled that after his time in the U.S., he “had a new perception of songwriting” and that he “wasn’t an R&B artist or a folk artist, and … didn’t see the point any more in trying to be that purist about it.”

His time in the U.S., which took shape in a series of live performances, opened Bowie’s eyes and this broadened his horizons. It wasn’t just the landscape that inspired him while he drank whilst traveling by bus from venue to venue, it was also the people –and two people in particular, Bob Dylan and Andy Warhol. Take the track “Song For Bob Dylan,” a letter to the singer.

In an interview with Melody Maker five years later in 1976, Bowie elaborated on Dylan’s influence and what motivated him to write this track:

“There’s even a song – ‘Song for Bob Dylan’ – that laid out what I wanted to do in rock. It was at that period that I said, ‘okay [Dylan], if you don’t want to do it, I will.’ I saw that leadership void. Even though the song isn’t one of the most important on the album, it represented for me what the album was all about. If there wasn’t someone who was going to use rock ‘n’ roll, then I’d do it.”

And he did. This particular pivot transported Bowie into something more than just an exceptional musician, but an individual who had the gravitas, influence and character to change perceptions, genres and beyond.

The influence of experimental rock band The Velvet Underground is also evident, especially with the last track, “Queen Bitch” – a guitar-driven slam of a song which concludes Hunky Dory in exhilarating fashion. This dedication is emphasized by the sleeve notes, which includes the footnote “Some V.U. White Light returned with thanks.”

Throughout Hunky Dory, Bowie is supported by a stellar lineup of consummate musicians including Rick Wakeman on keys, Trevor Bolder on bass, Mick Ronson on guitar and Mick Woodmansey on percussion — An inevitable who’s who of music aficionados. As well as singing, David also played multiple instruments on this album, including piano, guitar, and sax. All artists were introduced to Bowie’s ‘new sound’ which would shape Hunky Dory.

Bassist Trevor Bolder recalled how Bowie was immersing himself in London to get to grips with the sound. He told Rolling Stone, “When we were rehearsing songs for Hunky Dory, David was playing by himself at folk clubs in London to, like, 50 people.”

However, David quickly ascertained that something needed to change – that folk sound that he had spent over six months perfecting, wasn’t working. Bolder continues:

“He realized that the folk period was dying out and he needed to move on, especially with glam bands like T. Rex moving along.”

Hunky Dory is an album that defined Bowie, where experimentalism was in abundance, sonically and thematically. Despite having released three albums to that point, Hunky Dory was revolutionary for Bowie and for music in general. It was Bowie’s first album with RCA, though when he began recording the album in the summer of 1971 he was without a recording contract. However, he garnered the attention of RCA by the submission of his raw demo tapes alone and with the ink on the contracts barely dry, Bowie and his merry men recorded the album in less than two weeks.

Considered to be one of Bowie’s standout tracks, Hunky Dory kicks off with “Changes,” led by its distinctive piano riff. Thematically, there could be no better representative of the album than “Changes,” which explores the idea of reinvention and was a substantial factor in Bowie being dubbed the “chameleon of rock” and one of its greatest innovators.

The beseeching line Turn and face the strange is a call to arms to do something different, something that David Bowie would do time and time again throughout his stellar career. Without doubt, it is one of music’s most emphatic and enthusiastic tracks – an absolute joie de vivre and a manifesto for life.

Looking back on “Changes” in 2002, Bowie reflected that, “I guess it was more being sort of arrogant – it’s sort of baiting an audience, saying, ‘Look, I’m going to be so fast, you’re not going to keep up with me.'”

Within Hunky Dory there are the lesser-known tracks to a Bowie newbie that are always worth exploring, such as his cover of the jazz-infused “Fill Your Heart,” originally performed by Biff Rose, where the listener is encouraged to “free your mind” — something that Hunky Dory had done for Bowie himself.

Bowie’s fascination with all things magic, occultism and spirituality is explored in the intriguing “Quicksand,” which references a myriad of people, from Aleister Crowley to Winston Churchill. David sings I ain’t got the power anymore, and that he is torn between the light and dark — reflective of his state of mind at the time and epitomizing his sharp observational skills and brilliance.

One of the standout tracks has to be “Kooks,” with compelling lyrics that every single person can identify with: ‘Cause if you stay with us you’re gonna be pretty kooky too – anthemic and proud, this track was written for his newborn son, Zowie, and speaks of embracing your quirkiness and individuality.

Listening to Hunky Dory in December 2021, every track feels as fresh and relevant as it must have 50 years ago. In retrospect, Bowie was incredibly ahead of his time, and it’s hard to think of any other musician releasing a record like this and having the same groundbreaking impact that it had.

Emma Harrison is an experienced music writer based in the UK and has interviewed everyone from Sheryl Crow to Moby. She regularly writes features and in-depth articles for Clash Magazine and House of Coco and has also written for The Sunday Telegraph, National Geographic Traveller, the British Travel Journal and more. When she’s not writing about music, you will find her at gigs and festivals all over the UK and beyond.