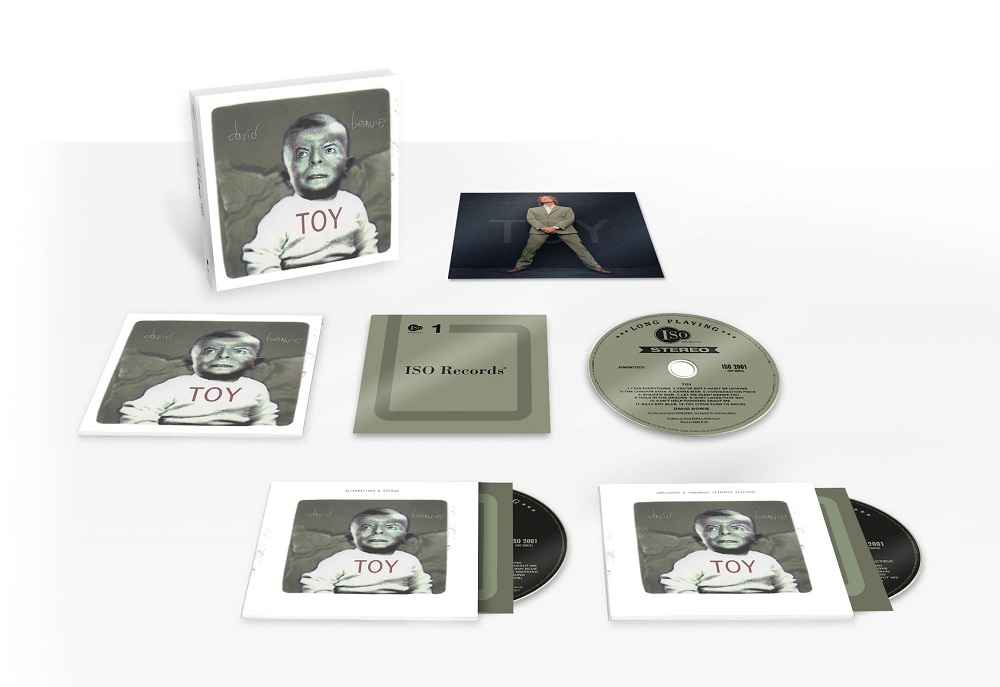 Today, Jan. 7, is the eve of the 75th birthday of music/cultural icon David Bowie — and his estate has grand plans to celebrate.

Out now is Toy (Toy:Box), a collection of songs recorded by Bowie and his band in 2000 but shelved, indefinitely, until a release first as part of the Brilliant Adventure (1992-2001) box set back in November but only now as a standalone set featuring a wealth of material from the heralded studio sessions.

The official description of this anticipated archival release:

Unfortunately, in 2001 the concept of the ‘surprise drop’ album release and the technology to support it were still quite a few years off, making it impossible to release TOY, as the album was now named, out to fans as instantly as David wanted. In the interim, David did what he did best; he moved on to something new, which began with a handful of new songs from the same sessions and ultimately became the album HEATHEN, released in 2002 and now acknowledged as one of his finest moments.

Like last year’s first annual live streaming tribute event, A Bowie Celebration 2022 will be streamed via RollingLiveStudios.com, where it will be made available for 24 hours. There are a variety of streaming ticket packages with special memorabilia available, starting as low as $25.

In terms of special guests lending their talents to the tribute, well, it’s quite stacked. Per a news release:

Per the Rolling Live website, a portion of the ticket sales will go to the Save the Children organization, a charity important to Bowie and the beneficiary of funds raised from his 50th Birthday Concert held in 1997 at Madison Square Garden.