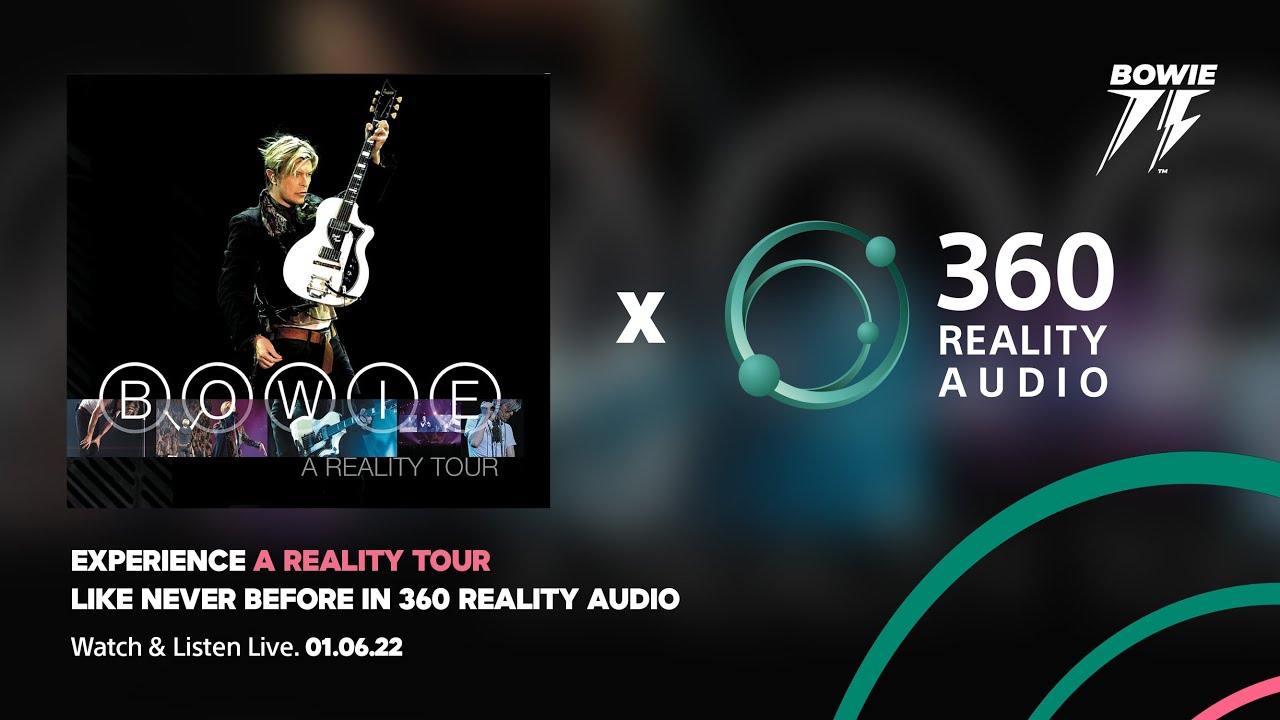 The David Bowie estate is keeping quite busy these days, with the iconic musician/cultural figure‘s 75th birthday coming up this Saturday, Jan. 8. Just a few days ago, Variety broke the news that the estate inked a deal with Warner Chappell for Bowie’s publishing catalog at a $250 million price.

Today, Jan. 6, will also bring with it a special live stream event: David Bowie 75: A Reality Tour in 360 Reality Audio, recordings from Bowie’s catalog that have been remixed and remastered in 360 Reality Audio, “a new immersive music experience driven by Sony’s spatial sound technology.”

More on the streaming event:

the David Bowie Estate and Sony are making available four archival live performance recordings that have been mixed and reimagined in 360 Reality Audio (which makes it possible to create a lifelike music experience, giving listeners the feeling that they are in a live concert setting). The four songs are from David Bowie’s A Reality Tour, featuring live audio and video from Bowie’s final concert tour, to be livestreamed in 360 Reality Audio today, January 6th at 4:00 pm PST / 7:00 pm EST on the Online Platform “Sony Square” (via David Bowie’s YouTube channel). Listeners everywhere can use any set of headphones to hear the music in  360 Reality Audio.

Immediately following the livestream, viewers will be able to stream this performance with the Artist Connection app on a smartphone. With Sony certified headphones and the Sony | Headphones Connect app, users can also optimize their experience by analyzing their individual ear shape to enjoy a custom immersive musical field. This sound field personalization feature is only available for streaming with the Artist Connection experience.

There’s more in store regarding the 75th birthday celebrations in the days ahead. Per a news release:

In conjunction with the ongoing Bowie 75 – an extended celebration of David Bowie’s 75th birthday on January 8th, 2022 featuring two physical pop up locations in NYC and London equipped with 360 Reality Audio listening experiences at each location – longtime Bowie producer Tony Visconti crafted 360 Reality Audio mixes of Heathen, Reality, A Reality Tour (Live), The Next Day, and  ★ (pronounced “Blackstar”). The albums will be available for streaming in 360 Reality Audio beginning January 21st on Amazon Music Unlimited, Deezer, and TIDAL.