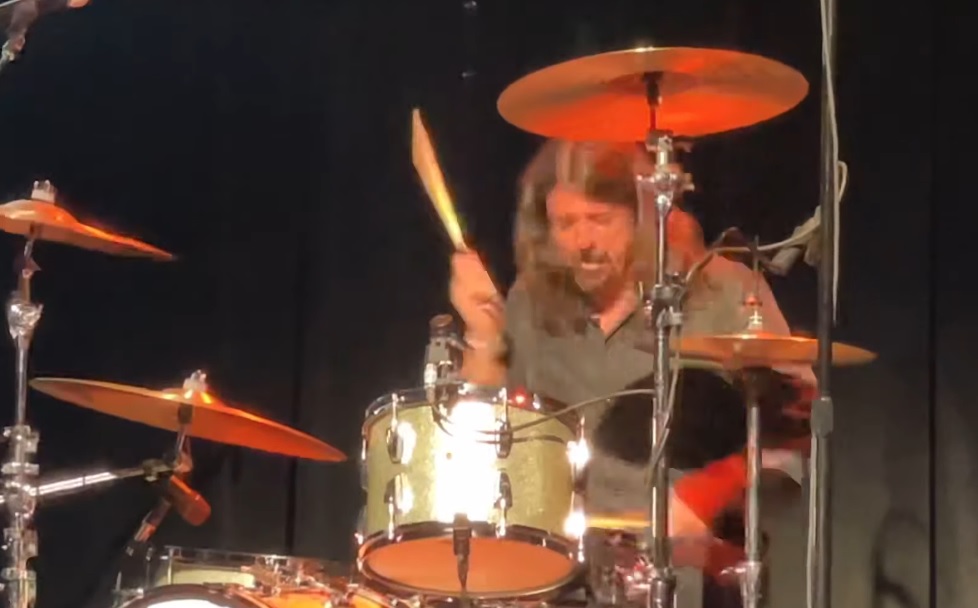 In the early pages of The Storyteller: Tales of Life and Music, the new memoir from Foo Fighters and Nirvana icon Dave Grohl that was released this week, he details how he came about playing the drums — mashing on a stack of “dirty pillows in my bedroom,” mind you, rather than consistent formal training — at one point saying of himself, “I was Animal from the Muppets, without the chops.”

He may be consistently self-deprecating, but everybody else views Grohl as a bona fide rock star, a master showman with a knack for entertainment … as well as a dynamite drummer, which he demonstrated throughout the 1990s as a crucial figure alongside Kurt Cobain and Krist Novoselic of Nirvana after becoming the band’s fifth and final drummer prior to 1991’s Nevermind album.

Happy book release day to Dave Grohl, whose #TheStoryteller: Tales of Life and Music is finally out! Watch his interview with Carson Daly from @TODAYshow on Tuesday: https://t.co/iT0TXAloLm pic.twitter.com/Tlp0EhNKX4

And it’s that Nevermind album, of course, that pushed Grohl on his way toward “drum legend” with the opening notes to “Smells Like Teen Spirit” and his propulsive, ear-rattling thrashing of the kit in the song’s introduction.

Out on a quick in-person book tour to celebrate the release of The Storyteller, Grohl has been treating those in attendance to something thrilling: A live playthrough of “Teen Spirit,” a chance to watch him crash his way through the song, which is not one he regularly performs live anymore.

Here’s video from a stop in New York this week:

That’s enough to give any dedicated Dave Grohl fan chills. Here’s the same performance from another angle:

There are only two more book tour events, both in Los Angeles and both sold out, on the schedule (Oct. 12 and 13), before Grohl and the Foo Fighters prep for their Rock and Roll Hall of Fame induction on Oct. 30 ahead of more shows in the coming months.