To play a music festival alongside the Foo Fighters means one thing: Dave Grohl will be there, and he might literally join you on stage.

That’s what happened over the weekend at the Bourbon & Beyond Festival in Louisville Kentucky with renowned UK band Squeeze.

During their performance of the classic hit “Black Coffee in Bed,” from 1982’s Sweets from a Stranger LP, Grohl popped up behind the drum kit, displacing a very pleased Simon Hanson:

Grohl absolutely loves doing this sort of thing — smashing the hell out of a drum kit, something he doesn’t really get to do as the front man/guitarist of the Foo Fighters.

Hanson snapped a quick video from as up close and personal as you could possibly get for such a moment:

Squeeze is out on the road on its The Squeeze Songbook 2019 tour of North America, a jaunt that brought them to the Bourbon & Beyond Festival and facilitated this melding of music icons. 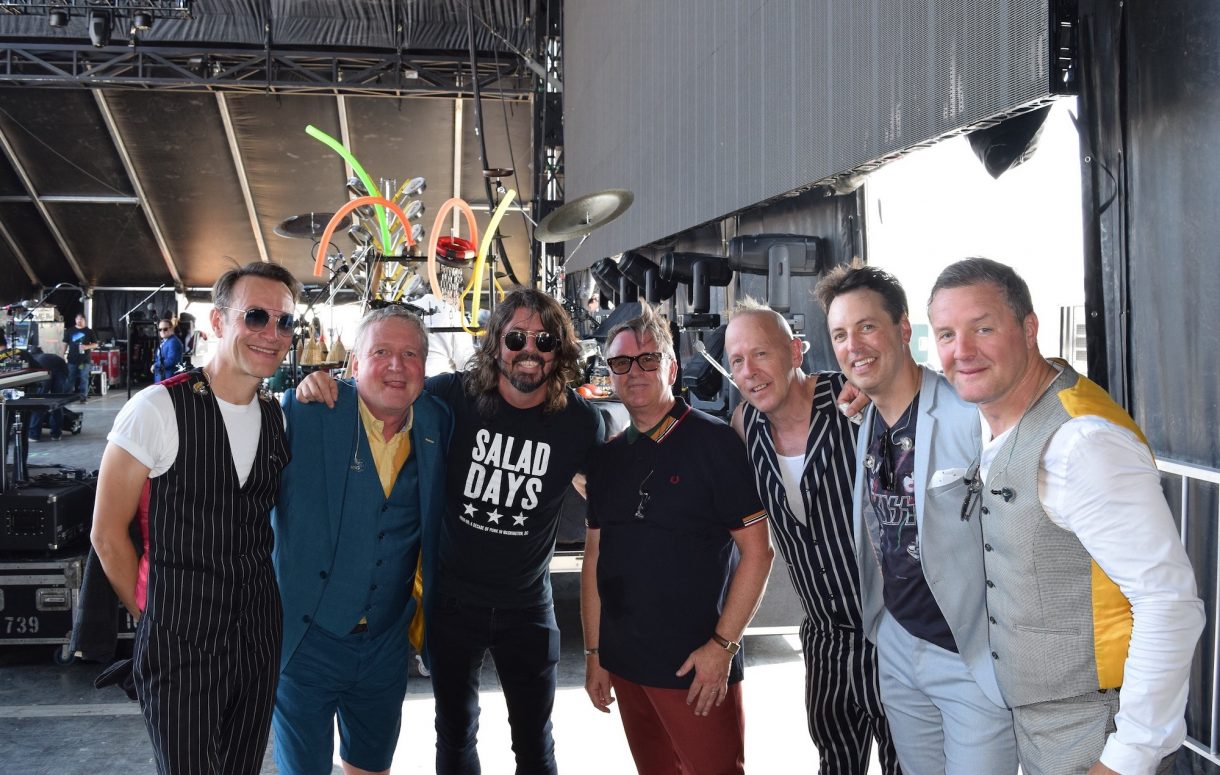 Later on in the festival, Grohl turned up in the crowd watching a pair of his musical heroes, Hall & Oates, power through another hit-filled set of their own:

Before snapping a pic with Daryl Hall and John Oates themselves while wearing a Hall & Oates shirt:

Dave is just like the rest of us: in awe of his musical heroes. He just gets to hang out with them more than we do.