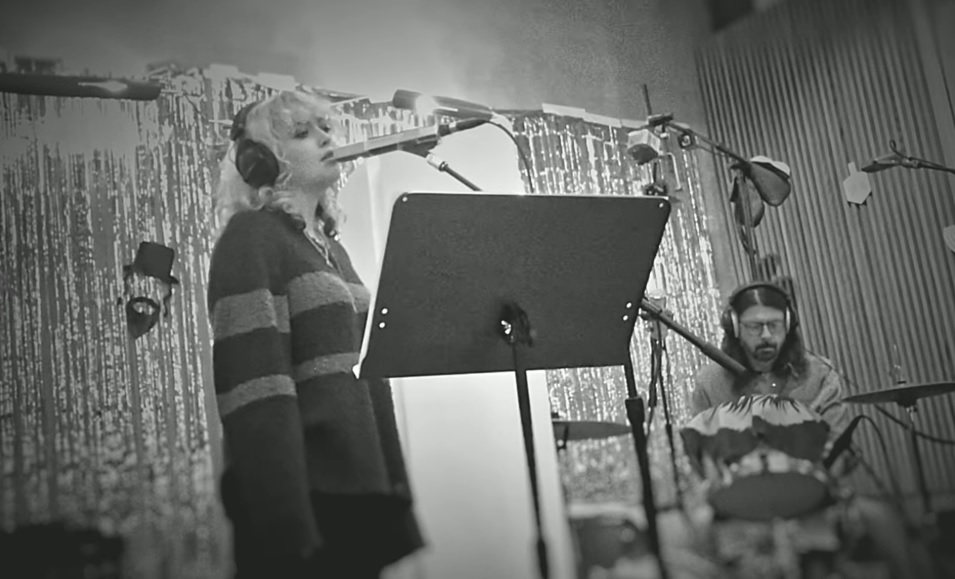 For Night Five of Hanukkah tonight, Dec. 2, Dave Grohl and Greg Kurstin premiered the latest chapter in their #HanukkahSessions series of covers paying tribute to notable songs from Jewish musicians.

This time, the Foo Fighters front man and award-winning producer focused their attention on the late Amy Winehouse and her song “Take the Box,” the second single from the singer’s 2004 debut album, Frank. For this one, Grohl’s daughter, Violet, guests on lead vocals:

Despite this song’s mention of a “Moschino bra you bought me last Christmas,” it’s common knowledge that the amazing woman behind the song was actually Jewish. Gone far too soon…Ms. Amy Winehouse and “Take The Box.”

The previous four entries in the #HanukkahSessions 2021 have jumped around genres and styles, with impressive results. First up was Lisa Loeb’s “Stay (I Missed You),” a classic ’90s radio hit turned into a death metal anthem and featuring Grohl in a Betsey Johnson dress:

For Night Two, they focused their attention on the Ramones and “Blitzkrieg Bop”:

That was followed by a delightfully campy ode to Barry Manilow’s “Copacabana” for Night Three:

And a loving ode to David Lee Roth of Van Halen with “Jump” for Night Four:

Dave Grohl and Greg Kurstin first started this #HanukkahSessions series in 2020, at the height of the pandemic, as a means of celebrating classic musical contributions from Jewish artists. There are still more days left of the holiday, so stay tuned, because more musical madness is coming.