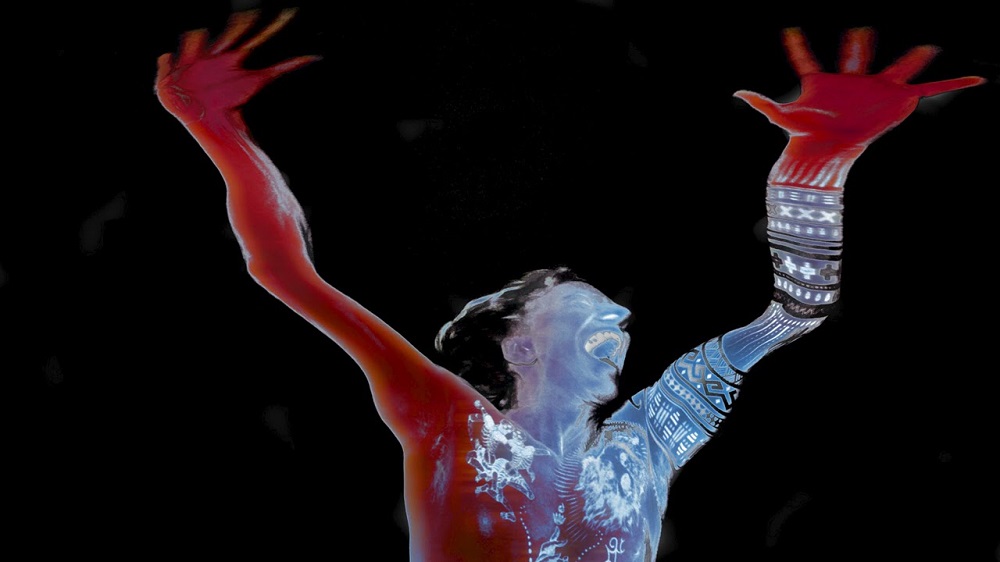 Iconic musician/composer Danny Elfman has been sharing a series of deeply unsettling and aggressively irreverent songs over the past few months, the most recent being “Kick Me.” The song, shared in mid-March, came with a freaky music video of the most visually jarring variety:

Demonstrating a tireless desire to keep pushing the envelope as far as it can possibly go, Elfman has since teamed up with Zach Hill of the experimental hip/hop group Death Grips for a remix of the track. Debuted Thursday, the new mix is … a journey:

“I was a big fan of Death Grips and Zach Hill’s work, and so appreciative to have him jump in with his creative energy,” said Elfman in a statement.

As for the original “Kick Me”:

“I was feeling particularly mellow one day last summer,” joked Elfman about the video in a statement. “I decided to write this very chill song for everyone who wants to put something on that will really help them zone out and relax. Enjoy!”

“Kick Me” follows the similarly strange “Love in the Time of Covid,” which also featured its own twisted video: