Home / A Shirtless, Contorting Danny Elfman Will Make You Feel Anxious in His New ‘Kick Me’ Video (Which Has an Epilepsy Warning)

A Shirtless, Contorting Danny Elfman Will Make You Feel Anxious in His New ‘Kick Me’ Video (Which Has an Epilepsy Warning) 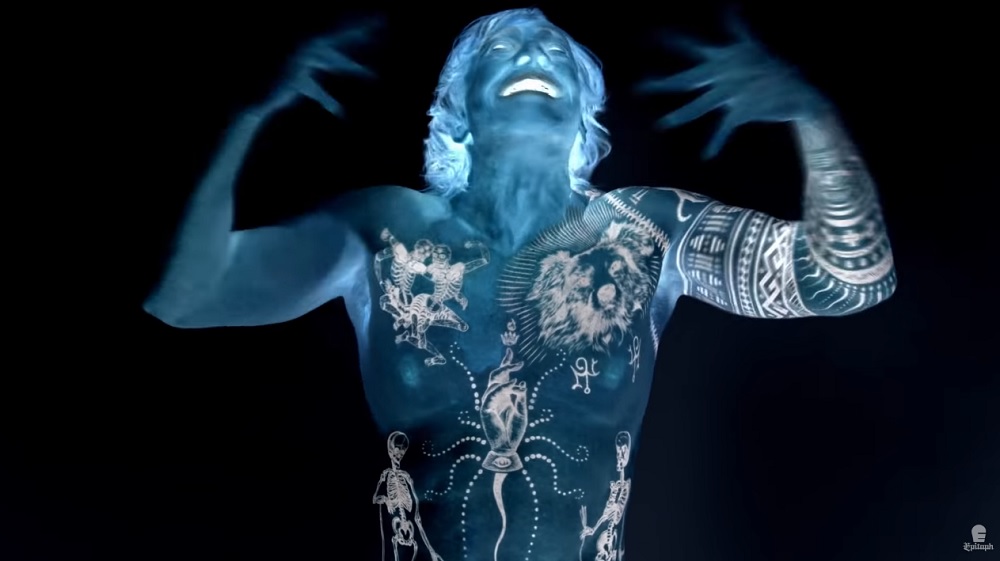 So … hats off to Danny Elfman for still finding ways to push the envelope.

The iconic musician/composer has been sharing a series of deeply unsettling and aggressively irreverent songs over the past few months, but this new one for “Kick Me” is a cut above the rest. The video depicts Elfman, shirtless, twisting and contorting around as a series of bizarre images flash around for a claustrophobic two minutes and eighteen seconds.

The video has a pre-roll epilepsy warning, so make note of that accordingly.

“I was feeling particularly mellow one day last summer,” joked Elfman about the new video in a statement. “I decided to write this very chill song for everyone who wants to put something on that will really help them zone out and relax. Enjoy!”

“Kick Me” follows the similarly strange “Love in the Time of Covid,” which also featured its own twisted video:

As well as the intense “Sorry”:

Per a news release, he will continue to release new songs on the eleventh of each month moving forward:

Throughout this year Elfman will continue to release songs on the eleventh day of the month. The number 11 has always had significance to Elfman, with his name Elf meaning “eleven” in German.