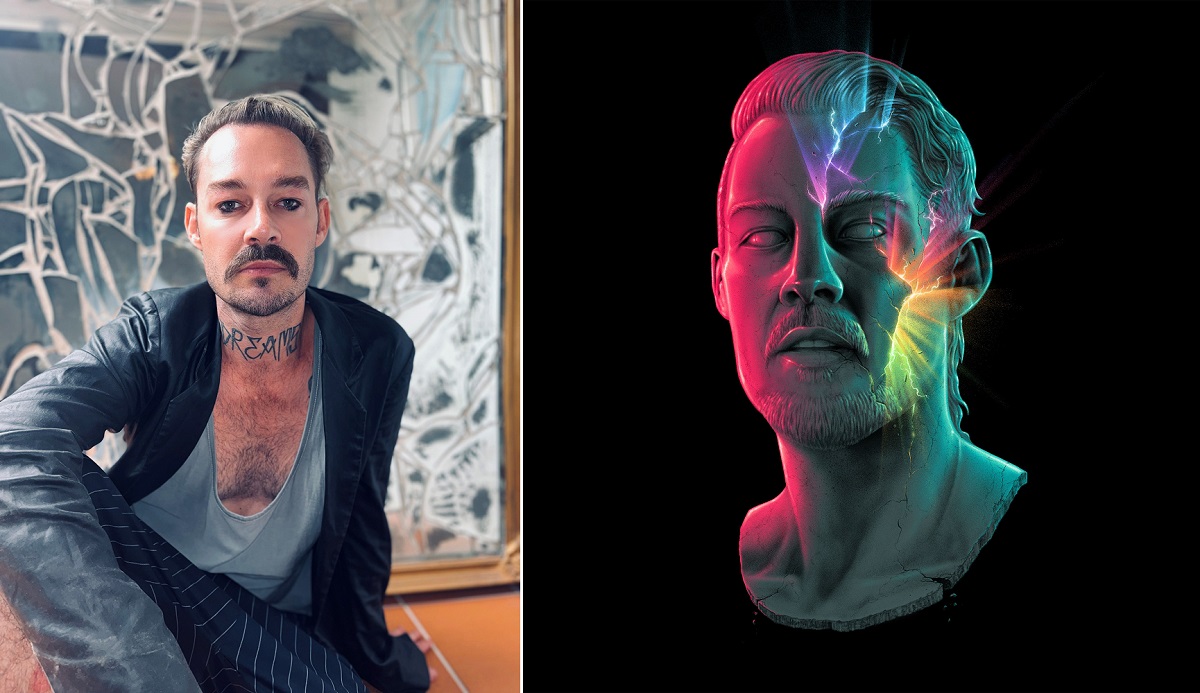 When Daniel Johns, longtime front man of the Australian alt/rock band Silverchair, re-emerged in late 2021 with word of a new solo record, he did so with a statement that effectively summed up his reclusive existence after the band called it quits in 2011:

“I know I have a tendency to go missing but I’m back now.”

He has, however, dabbled in solo material and experimental projects since Silverchair’s dissolution, recently popping up as the focus of a Spotify podcast, Who Is Daniel Johns?, a five-episode program from creators Kaitlin Sawrey, Amelia Chappelow and Frank Lopez that features intimate interviews with Johns at his home in Australia.

That well-received podcast sparked a renewed interest in Johns, who otherwise had maintained a uniquely private lifestyle in recent years. He also opted not to release any music ahead of FutureNever, intending it instead to be an album experience.

Just a few weeks before its release, he reportedly entered rehab after an arrest for drunk driving and a subsequent car accident, which prompted a social media post in which Johns owns up to his substance abuse:

He was presumably still in rehab when FutureNever arrived digitally this past Friday, April 22, FutureNever is a fascinating, if sometimes uneven, musical experiment from Johns, now 42, who remains focused on creating music far removed from the angsty, grunge-inspired energy of 1995’s Frogstomp that pushed Silverchair into the mainstream as teenage rock stars.

Silverchair dabbled in orchestral, grandiose productions on some of its later albums, most notably 2002’s Diorama, and Johns revisits such approaches throughout FutureNever. The opening number, “Reclaim Your Heart,” is a powerful statement of intent:

Genre-wise, the music on this album varies considerably, with songs like “Mansions” and “Cocaine Killa” veering into R&B-tinged electronica. “I Feel Electric” adds an electric guitar lead and a rhythmic, soulful sway to the mix, a forward-thinking exercise that could easily have crossover appeal to those who’ve enjoyed Glass Animals’ massive breakout in recent years:

Van Dyke Parks contributes musical arrangement to “Emergency Calls Only,” another particularly memorable song on the record with some gorgeous vocal effects:

That especially young exposure to the whirlwind of attention thrown at Johns and band mates Ben Gillies and Chris Joannou wasn’t without its effects, of course, and for years Johns has spoken about the mental health toll that his early fame had on him. It’s the main focus of the podcast series, as well as a key factor in why Silverchair hasn’t reformed since breaking up and doesn’t seem on track for any future activities whatsoever.

Johns addresses it on FutureNever on the track “FreakNever,” an interpolation of the song “Freak,” the lead single from his band’s 1997 album Freak Show and one of Silverchair’s most well-known songs.

Its lyrical approach is rather devastating, riffing on the original song’s phrasing with special guest Purplegirl singing:

Johns joins her for the second verse:

He didn’t want to be different
But fame’s a disease
What if the future never happened?
Would you ever believe?

It’s as reflective as Johns has ever been about his thoughts regarding Silverchair’s rapid ascent and the fallout he experienced as a result, and it’s definitely one of the most provocative songs on an album of boundless creativity.

The album build-up to FutureNever touched on some Silverchair themes, and as such the album caps with “Those Thieving Birds, Pt. 3,” a sequel to the first two chapters of a musical piece that first appeared on Silverchair’s final album, 2007’s Young Modern.

The outro of “Where Do We Go?” is also a bit reminiscent of “Learn to Hate,” from Freak Show, as well, however subtle a nod it may be.

Slight allusions to his earlier output notwithstanding, this is likely not an album for everyone, especially those who never fully appreciated Silverchair’s late-era envelope pushing (or his previous solo record, 2015’s Talk). But it is a singular piece of art from a man who’s led a life and career path of unique emotional honesty.