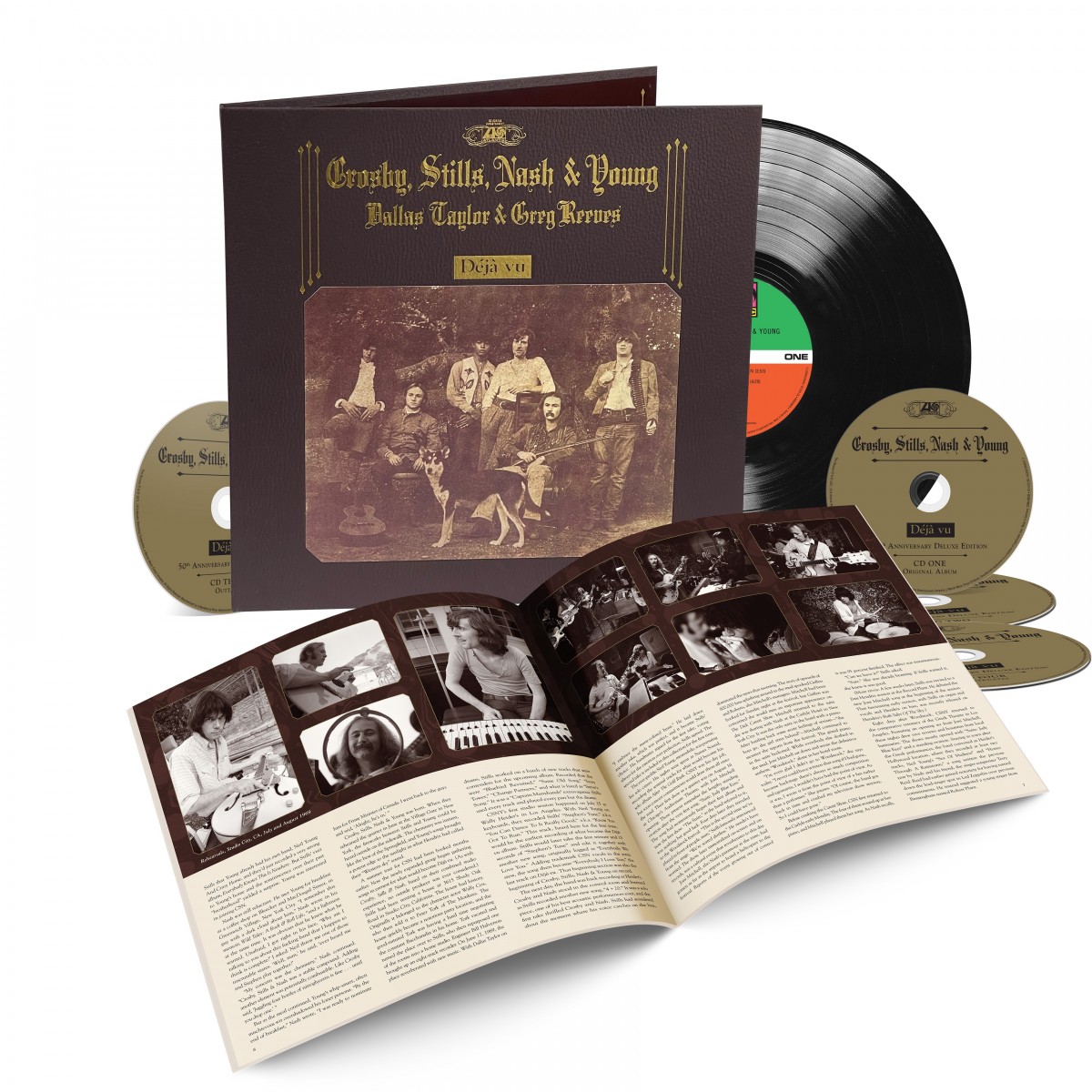 Déjà Vu, the legendary album from Crosby, Stills, Nash & Young was originally released in March of 1970, and to commemorate its recent 50th anniversary, Rhino Records is releasing a lavish Deluxe Edition box set on May 14.

The news was officially announced on Wednesday, and came with the premiere of “Birds (Demo),” a previously unreleased recording from the original album sessions. Stream it below:

It’s one of an abundance of extra material on this revisiting of the classic album from the singer/songwriter ensemble, which will span a 4-CD/1-LP set, as well as “hours of rare and unreleased studio recordings that provide incredible insight into the making of the record.”

Click here to pre-order the Deluxe Box set from our Rock Cellar Store.

"In new interviews, members of the supergroup reflect on Crosby, Stills, Nash & Young’s 1970 masterpiece and what to expect on an upcoming expanded edition" – R.S. 🙌

And here’s the full track listing for the 4-CD/1-LP set: