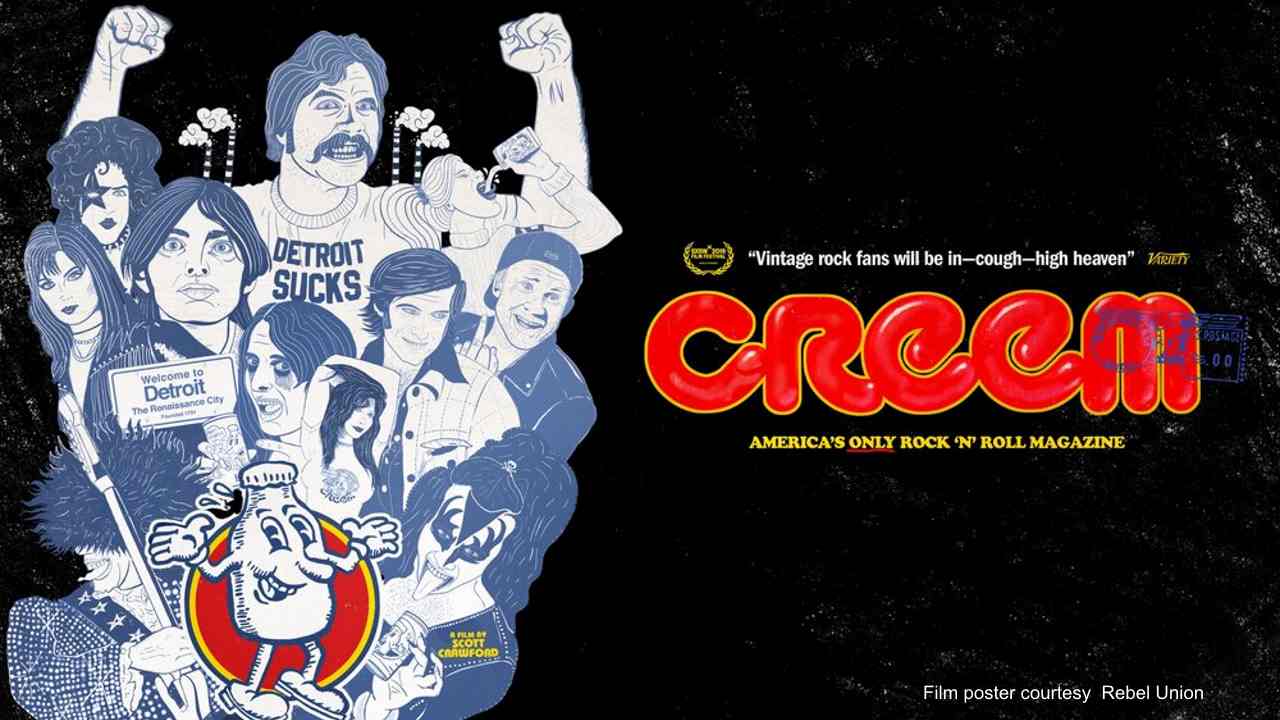 $9.99 unlocks the stream of the entire film, which is available starting Saturday August 8th.  Link Here.

CREEM, self-dubbed as “America’s Only Rock ‘n’ Roll Magazine,” started in 1969 and was one of the era’s most popular print music magazines.  Its content was always edgy, and readers enjoyed CREEM as a snarky, playful alternative to the more staid Rolling Stone magazine.

From 1971-1976 Lester Bangs (“America’s Greatest Rock Critic”) was CREEM’s editor, and he became a champion of the burgeoning punk rock scene.  CREEM was one of the first American magazines to fully embrace punk rock music, and wrote some of the first and best music articles about artists such as David Bowie, Blondie, Roxy Music, Lou Reed, Captain Beefheart, the New York Dolls, Brian Eno, and the Ramones.  In fact, it is believed that the term “punk rock” was first coined in CREEM by music writer Dave Marsh in 1971.

Among its iconic graphics was the smiling beer bottle “Boy Howdy!” – designed by artist-legend R. Crumb.

“Capturing the messy upheaval of the ’70s just as rock was re-inventing itself, the film explores CREEM Magazine’s humble beginnings in post-riot Detroit, follows its upward trajectory from underground paper to national powerhouse, then bears witness to its imminent demise following the tragic and untimely deaths of its visionary publisher, Barry Kramer, and its most famous alum and genius clown prince, Lester Bangs, a year later.”