Home / Colin Hay to Launch Summer 2021 Tour in Connection with New Covers LP, ‘I Just Don’t Know What To Do With Myself’

Colin Hay to Launch Summer 2021 Tour in Connection with New Covers LP, ‘I Just Don’t Know What To Do With Myself’ 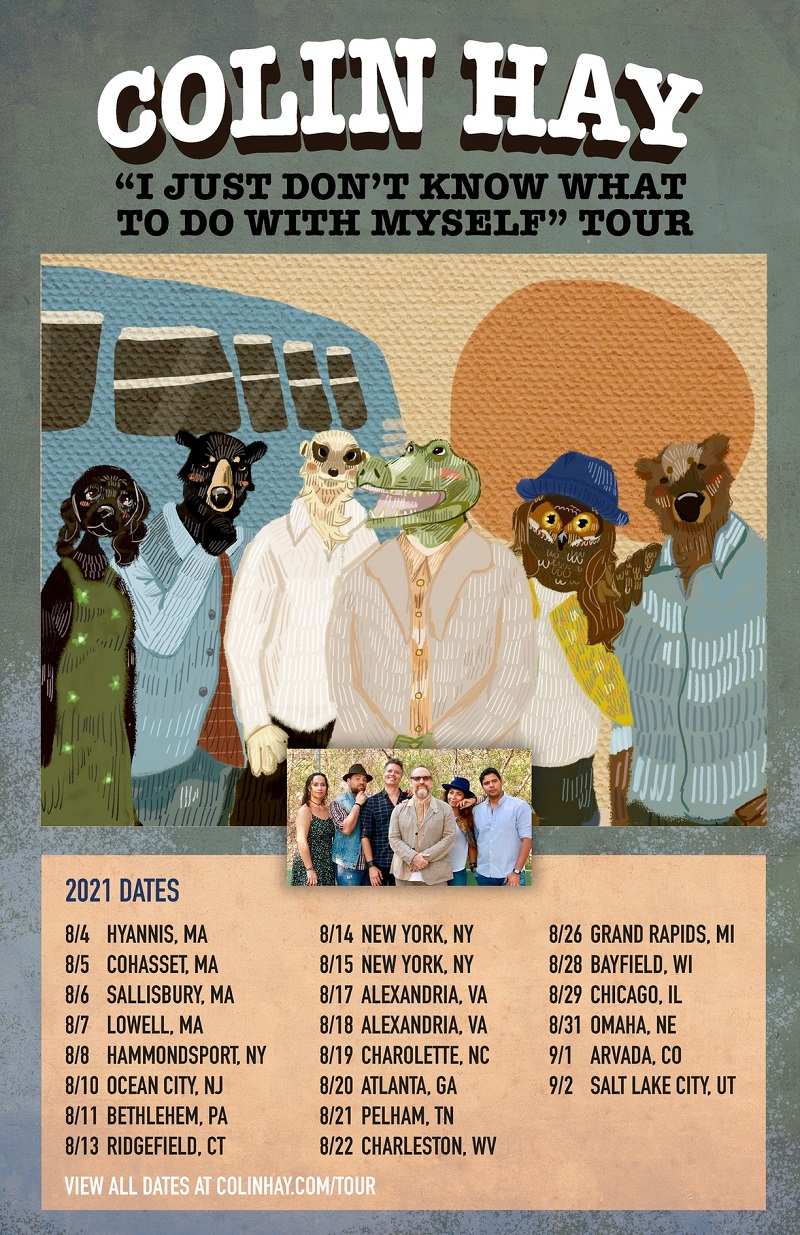 On Aug. 6, Colin Hay, the prolific singer/songwriter known for his solo career in addition to years fronting the Australian group Men at Work, will release a new album titled I Just Don’t Know What To Do with Myself.

As announced recently, the record finds Hay paying homage to a number of iconic artists across the years, a collection of songs spanning genre sand styles including the late Gerry Marsden (of Gerry and the Pacemakers) to Glen Campbell (“Wichita Lineman”), the Beatles (“Norwegian Wood” and “Across the Universe”), the Kinks (“Waterloo Sunset”), and Dusty Springfield (the title track) and beyond.

In commemoration of the album’s release, Hay and his band will also head out on the road for a U.S. tour, launching on Aug. 4 and wrapping up on Sept. 11 at the BeachLife Festival in Southern California. A news release notes that shortly before the COVID-19 pandemic halted everything, Hay was on the verge of embarking on “his most comprehensive North American tour ever,” adding that he will now begin resuming those tour plans after that lengthy delay.

The delay, by the way, helped spark the creativity that led to his new covers album:

The project came about during the quarantine months of 2020, while Hay found himself stuck at home. Per Compass Records’ album details, “he read that Gerry Marsden had died and found himself strumming the Gerry and the Pacemakers’ Merseybeat hit, ‘Don’t Let the Sun Catch You Crying.’ He decided to turn on the tape machines and share with his frequent collaborator/producer, Chad Fischer, who asked for more of the same.”

And the Colin Hay tour dates: