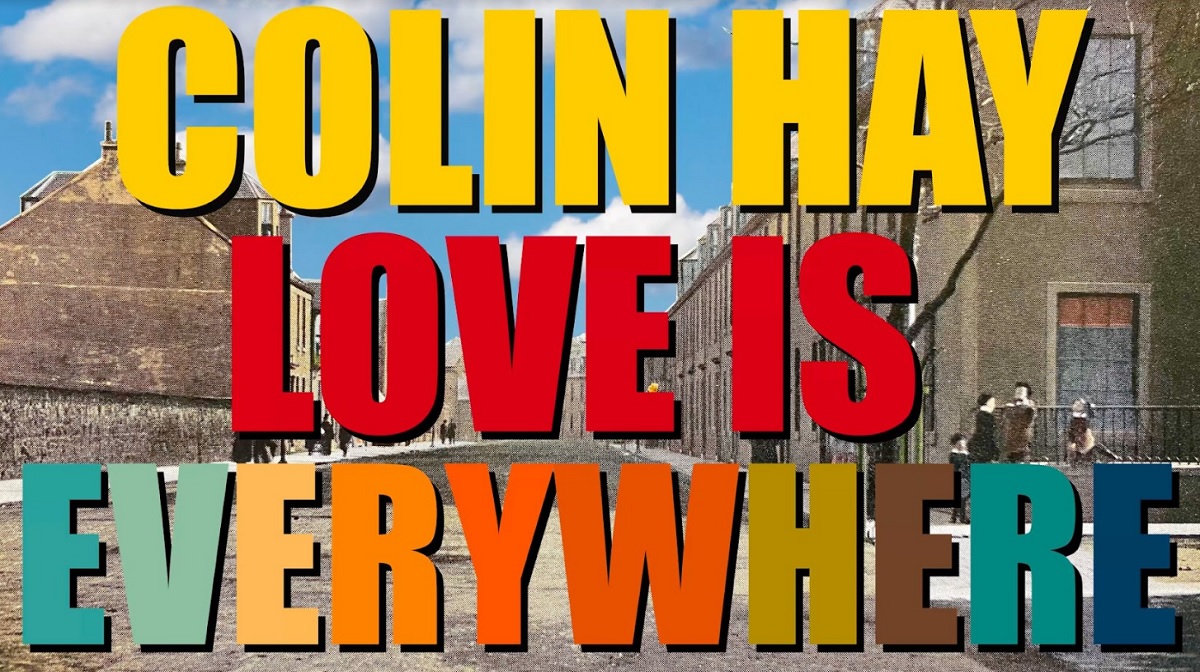 Colin Hay recently announced a new studio record, Now and the Evermore, which the longtime Men at Work singer/songwriter will release on March 18.

On Thursday, Hay shared a new video from the album, and “Love is Everywhere” is an upbeat, cheery song reflecting its title.

A lengthy statement about the song, from Hay:

“Michael G came round to the house with this idea pretty fully formed. Firstly, let me speak a little of the relationship between myself and my oftentimes writing partner, Michael Georgiades. Nothing gives me more joy than to experience Michael, excitedly coming through the door with his latest idea. An idea that he’s been playing around with over and over, at his place up the road and round the bend. More often than not, I can immediately hear the song, just sitting there in front of me, or suddenly darting round the corner, wanting to be followed, discovered, to be written down. That’s a rare thing.

“Back to this tune. He had the guitar parts in a cool C tuning, and he played it on a blond Gibson J200. An old one – quite an old one. He had the line “Love Is Everywhere”. And it is. You may have to look at simple things for a bit longer to feel it, but it’s there. Of course there are heinous acts of oppression and cruelty being committed all the time, all over the world, by all kinds of people. I think what this song is attempting to counter, by at least some measure, is the end result of the continued tragic global catastrophe of separation. The colossal calamity of believing yourself to be separate from everything and everybody else. Refusing to consider the possibility that we all are part of this planet’s structural fabric. Every day I feel love, and I’m happy that I do. I feel it in the indifference of nature, especially in the early morning, when I’m walking the dog. I see it when considering the amazing molecular structure of a California oak. I hear it every time I listen to “Love Me Do”. I try and recognize it with all my senses, as much and as often as I can. You see that way, I feel better, my skin even tingles. It’s good when that happens. Michael G and I wrote the words together, in our beautiful bickering way. But we got it done love.”

I didn’t know what kind of video to make. Ee asked for the help of Chad Fischer, my friend & best man, whose talent knows no bounds. My involvement was to go down to Chad’s place & shoot me singing & playing the song a few times, in different clothes, in front of a green screen.

Colin Hay and his band also have a lengthy run of tour dates supporting this new album coming in the spring. The schedule: