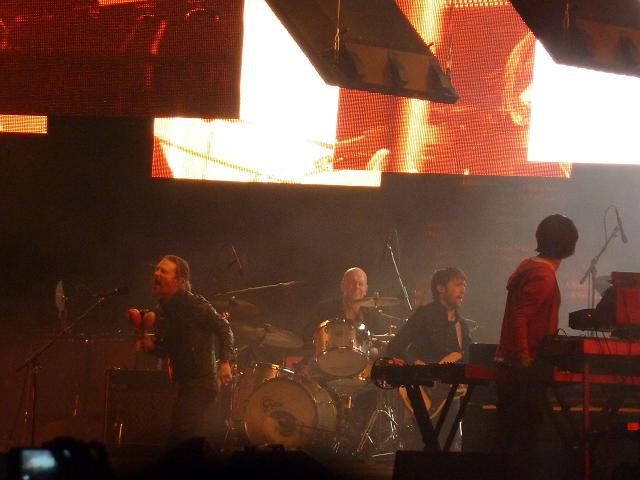 RCM was represented down in Indio for the first of two Coachella Valley Music & Arts Festivals this past weekend.
It was a great time, save for the inclement weather on Friday afternoon/evening and some particularly fierce winds.
The best sets of the weekend came from (predictably) Radiohead, Jimmy Cliff & Tim Armstrong, Pulp, Madness, Refused, Gary Clark Jr., Explosions in the Sky, Bon Iver, Grace Potter & the Nocturnals, Buzzcocks, Squeeze, Manchester Orchestra, Kasabian, At the Drive-In, Seun Kuti & Egypt 80, Wild Flag, Le Butcherettes, Gardens & Villa, & Gotye.
Oh, and Dr. Dre & Snoop Dogg’s All-Star Hip Hop Jam set, featuring surprise guests Warren G., Tupac (via hologram), Eminem (in the flesh), Wiz Khalifa and 50 Cent was very entertaining, and led by a full in-house band.
But enough words – Coachella is about the experience, so enjoy a photo gallery & a slew of videos of some of our top moments of the weekend. Many of the weekend’s sets were live-streamed professionally, but to give you a glimpse of what it was truly like in the trenches of the crowd, we present the following videos (all filmed by us) for your enjoyment.
Gary Clark Jr. – Bright Lights – Gobi Tent

At the Drive-In – One Armed Scissor – Coachella Stage

Eminem – I Need a Doctor (just his verse)