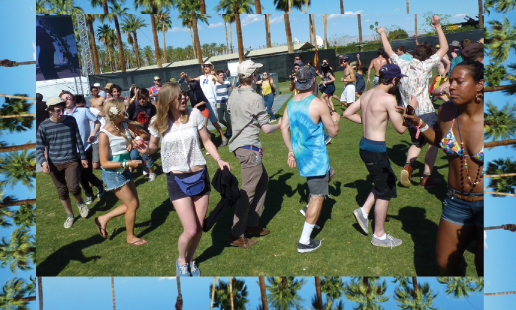 Last weekend, the first of two Coachella Valley Music & Arts Festivals hit Southern California, packing tens of thousands of people into the polo fields in Indio.
It was an exciting weekend filled with top-tier acts (Radiohead, The Black Keys, Dr. Dre & Snoop Dogg), can’t-miss reunions (Refused, Mazzy Star, At the Drive-In), and all the other amenities that have made Coachella one of the biggest festivals in the world.
Here are some choice selections from the entire weekend.  There are even more at the bottom, if you feel like virtually attending…
Radiohead – Karma Police