Their rendition of the classic song is part of SongAid, a new platform focused on facilitating donations from musicians and entertainers to various charitable organizations, as well as WhyHunger, which was founded in 1975 by Harry Chapin.

The goal is to help raise funds for those affected by the COVID-19 pandemic, and each week will see a new cover song under the SongAid initiative released toward the cause. Here’s Cindy Blackman Santana and Carlos Santana’s “Imagine” video:

Beginning Friday, SongAid will release a weekly playlist of songs by artists contributing to the cause, with proceeds going to WhyHunger’s Rapid Response Fund. In addition to “Imagine,” other tracks on this week’s playlist include Tom Morello’s “Save the Hammer for the Man,” Darryl “DMC” McDaniel and the Hellraisers’ “I Was Born” and “Take the ‘A’ Train” by the Silkroad Ensemble with Yo-Yo Ma. Future artists to appear on playlists include Wilco, Steve Miller and more.

This new version of “Imagine” is also slated to appear on the upcoming studio album from Cindy Blackman Santana, Give the Drummer Some, which is expected out in September.

My cover of #Imagine is being released today with @carlossantana. It is a single off my new album that comes out this Fall called ‘ Give the drummer some’! Thanks to #songaid, all streaming proceeds will be donated to @whyhungerpix’s Rapid Response Fund, helping those directly affected by COVID-19. Link in bio!

In addition to premiering “Imagine,” Rolling Stone conducted a Q&A with Cindy and Carlos from their home in Hawaii. When asked if he’s concerned about resuming playing live after such a lengthy time away from the stage at his age (72), Santana had this to say:

No, I don’t worry about nothing. I trust the spirit in me. When you have awareness that God gave you knowledge, energy and emotions, you can do miracles and blessings. That’s not for Jesus or Buddha or Krishna or Mother Teresa or the Pope. They’re not the only ones that can do that. Everyone can do miracles and blessings. You just have to get your ego out of the way.

The Q&A finishes on a hopeful note — as is the custom of Carlos and Cindy, who spoke with Rock Cellar a few months back in similar tones, the pair offering up this message to fans:

Cindy: I hope that people in this time use these moments to push the reset button. There’s never been a time in our history where the whole world has slowed down for a bit. Some parts are starting to pick up, but there’s still a pause button. So I would like to call this the Great Pause.

Carlos: Let me say it slow: May the heavens open up and the angels bless each and every one with the deep awareness of your own light. 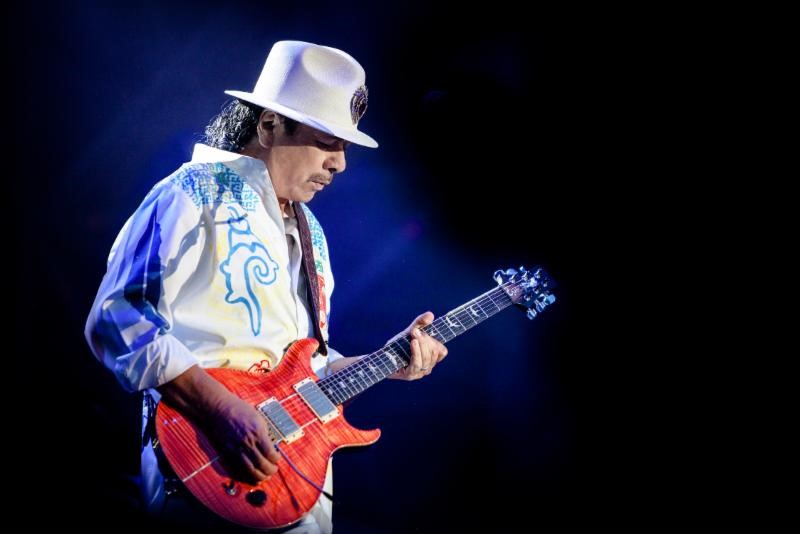